SailGP issued a press release Friday announcing the dropping of Nathan Outteridge and the SailGP Japan Team from the circuit.

After much deliberation and taking into account logistical and commercial considerations, SailGP has made the difficult decision to pause the participation of Japan SailGP Team indefinitely.

The league would like to thank Nathan Outteridge and all of the athletes and staff involved in the Team for their outstanding performance in the first two seasons of SailGP and wish them all the very best for the future.

Season 3 will continue with nine teams racing for the remainder of the season.

Whatever the real background to the dropping of Nathan Outteridge and the Japan SailGP Team, the result is a major set-back for the the SailGP league. 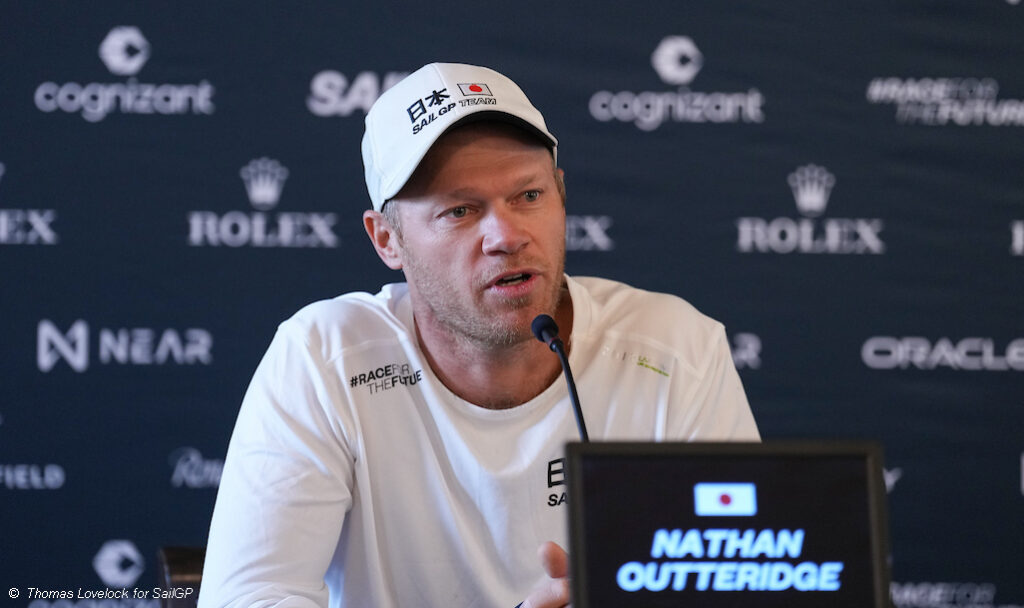 Outteridge and the Japan team have been a real competitor to the dominance of Tom Slingsby and the Australia SailGP team over the last two seasons, finishing second to Slingsby at both Grand Final events.

He is also ranked second to Slingsby in number of SailGP event victories, winning three events to Slingsby’s 11. Ben Ainslie is the only other event winner with one win.

At the opening of the 3rd SailGP season Outteridge revealed that the team had financial problems, and that their F50 was being loaned to new team Canada, who were making their SailGP debut.

There have also been rumours of build programme problems ‘due to a series of external factors’.

The next SailGP event is at Pymouth in the UK over the 30 and 31 July.