The second tranch of scheduled America’s Cup racing on Monday in New Zealand was eventually abandoned due to the lack of a decent breeze on Auckland Harbour.

The British INEOS Team UK were due to return to official practice racing against Emirates Team New Zealand (ETNZ) but light wind conditions meant that the first race was abandoned after the time limit ran out.

A second race was attempted, but again the British boat was unable to foil in the light breeze at the start and ETNZ , who were able to foil fairly comfortably, sailed away to complete the course.

Ben Ainslie and his team now have just the Tuesday official practice session left to test their second AC75 against the Kiwi defender before the first racing for the ACWS/Christmas race starts on Thursday, 17 December.

Having missed last weeks practice racing due to a reported hydraulic/mast problem, the British team is under a lot of pressure to be ready for the first competitive racing event for the America’s Cup boats. 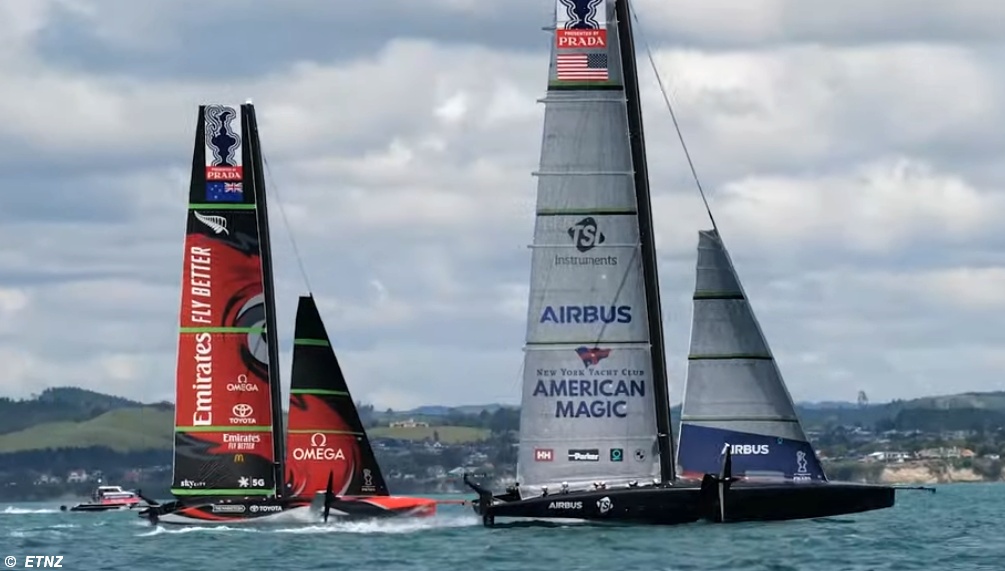 Luna Rossa and American Magic managed a start, won by Jimmy Spithill on the Italian boat, who extended to take the win.

The practice session was then abandoned and the boats towed home.

While the British boat was stuck in the boat-shed, crew member Freddie Carr told media that they were where they wanted to be, and that their hardware package (hull shape, foils and sails) will provide the boat-speed for them to be very competitive in the ACWS/Christmas racing.

ETNZ were out for all three practice days last week taking part in practice starts and short race runs.

By the Friday all three AC36 challengers had decided to stay ashore, apparently working to prepare their boats for this weeks event.

Condensed version of the Frozen Toe at Chichester YC