America’s Cup – What ETNZ did not show you

The Emirates Team New Zealand official video and images managed to miss some of the more interesting features of the Kiwis second AC75 launch.

But fortunately AirflowNZ Travel were on the spot to capture this useful video to help to fill in the gaps.

Some comment has been received that the new Kiwi AC75, Te Rehutai, has moved towards the look of the first British boat, which was criticized for its stolid looks, so maybe they were doing something right all along!

The skeg can be seen to run the full length of the hull in a reduced form and has the rudder actually mounted on it.

So although the skeg does not appear to be as wide of that of Britannia 2 around the mid hull point, or incorporate the Brits radical sharp edge shaping, it extends further and mounts the rudder deeper.

The ETNZ skeg also has the ‘ridge’ or ‘chiglietta’ running down the centre, as hastly added by Luna Rossa to the keel of their second hull, when they spotted it before Te Rehutai was rolled out.

The Kiwi skeg thus follows the form of the latest Italian and British hulls, leaving the American’s Patriot with the shortest skeg, which merges with the rear hull well before the rudder position.

With Te Rehutai ETNZ  have gone from a narrow pintail stern to a broad flat full-width stern, very similar to the Ineos team’s original Britannia stern, although the unique skeg-rudder arrangement is very different. 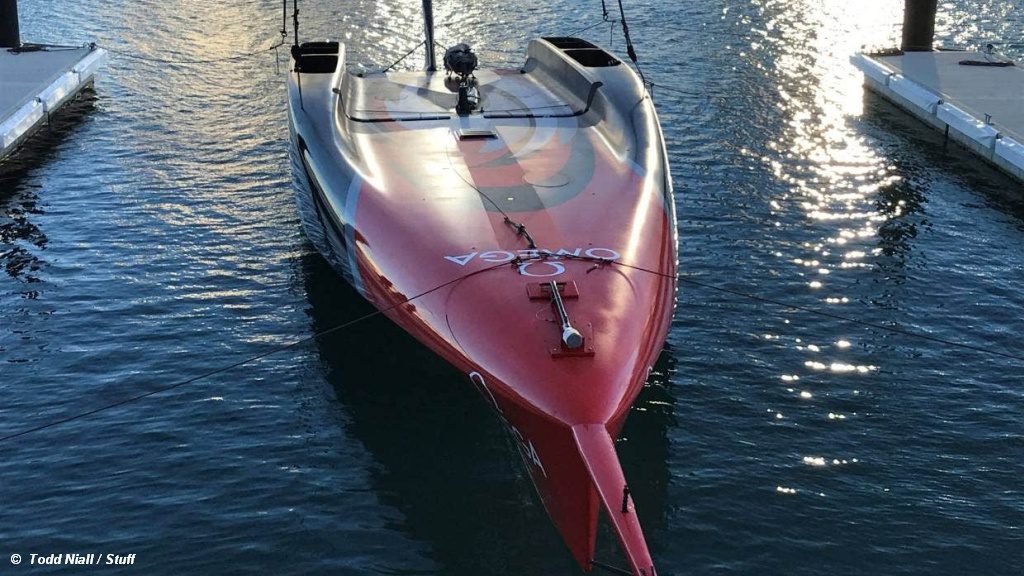 Another area that has a new clean look is the deck layout.

Here featured in an image by Todd Niall of stuff.co.nz website, with the  crew cockpits, now deep and narrow, tight against the gunwales.

The foredeck sweeping down past the mast step, between the crew pits and forming a clear rear crew deck area before draining out the open stern. 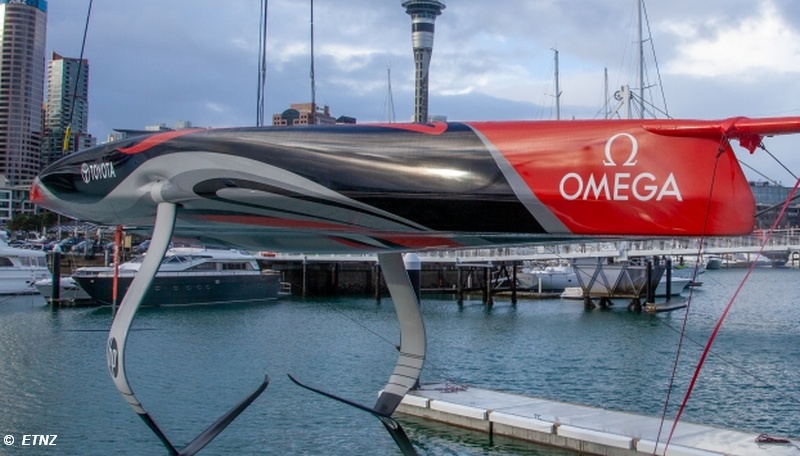 And just to remind you . . .  This is what the first ETNZ AC75 looked like at launch a year ago.

The ETNZ sailing team have been off water for close to five weeks now spending long hours in the gym, and even more hours in the shed helping prepare Te Rehutai for launch.

Expect to see the Te Rehutai out on the water very quickly, with just four weeks to the first races – Thursday 17 December is the date to note.