Alex Thomson is where he wants to be, ready to do battle

Alex Thomson and his team are in the final stages of preperation of Hugo Boss for the Start of the Vendee Globe on Sunday 8 November at 12:02 GMT / 13:02 CET.

Third in 2012-13, narrowly second to Armel Le Cléac’h in 2016-17, Thomson has focussed his programme on the top step of the podium since days after he missed out last time.

He has armed himself with the most radical IMOCA in the fleet, pioneering the fully closed cockpit and developed many technological advances exclusive to his HUGO BOSS programme, not least in sail, rig and autopilot development.

At five days to the start of the Vendée Globe Thomson is where he wants to be, ready to do battle. 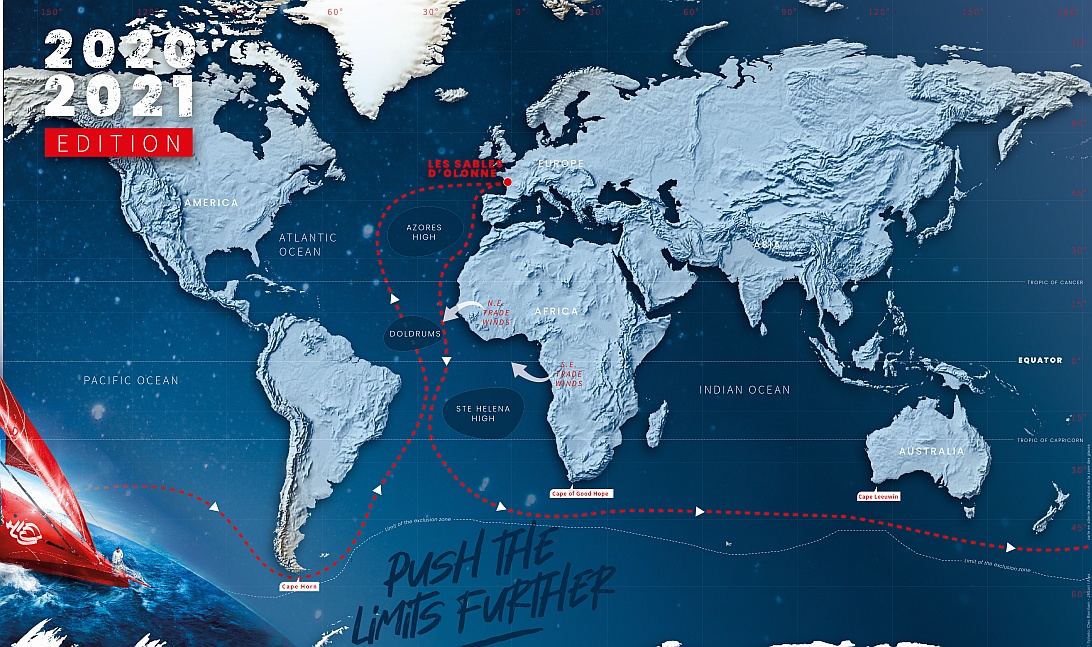 Following the positioning of the Antarctic Exclusion Zone, the course for the ninth edition of the Vendée Globe race is confirmed at 24,296 nautical miles, 44,996kms.

In collaboration with CLS, the race partners who monitor the ice zones and movement, Race Direction have now marked out the exclusion zone using 72GPS points.

The 33 solo racers must stay north of this limit line at all times.

The proposed route was initially 24,385 nautical miles as at October 1 and on start day it will be 24,296 miles. Obviously the further south the fleet races the shorter the route.

The zone can be updated during the race. If CLS detects an iceberg or suspects its presence, they issue an “Ice Report” to the fleet.

And they can then move the GPS points within a defined framework, based on the position of the leader, and which respects their navigation strategy.

There are also key Traffic Separation Scheme zones which are prohibited areas to keep the fleet way from shipping traffic schemes.

In addition this time two additional forbidden zones around TSS areas have been added after Armel Le Cléach showed that, with the foilers and under certain wind and sea conditions, it was beneficial to go north of France before slanting back down to Les Sables.

Want to know what it’s like to sail on HUGO BOSS?

Rolex Sydney Hobart to go ahead