The New Zealand Government has frozen any further payments to America’s Cup organisers as it investigates claims over the spending of public money.

The Ministry of Business, Innovation and Employment (MBIE) confirmed they had suspended public funding in a statement Thursday afternoon.

In another dramatic move, the NZ Herald and NewstalkZB media were served an injunction in the High Court by Team NZ and America’s Cup Event Ltd (ACE).

The High Court injunction prevents the NZ Herald and NewstalkZB from publishing details of a report commissioned by the Crown into the spending of public money.

The Herald and ZB owner NZME, have said that they will fight the injunction, on the grounds of public interest, given the level of public money involved. 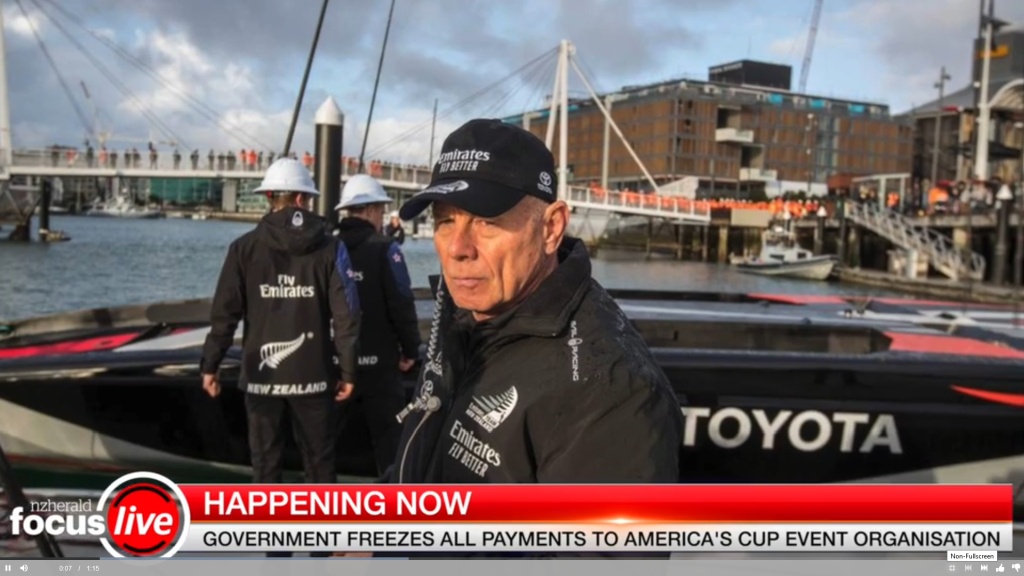 Team NZ admits it was scammed out of a large figure but has hit back at concerns over its handling of public money.

An employee of America’s Cup Events (ACE) was reported to have fallen victim to an email scam and had made a NZ$1 million (£521,530) payment to a bank account in Hungary.

New Zealand police are working with police in Europe to investigate the scam. Some of the money is reported to have been recovered.

The story has moved dramatically overnight, since a comment by the New Zealand Prime Minister Jacinda Ardern . . . that she was not concerned that they (the leaks and sackings) would affect the country’s hosting of the 2021 America’s Cup.

These new Government actions may now lead to delays of the 36th America’s Cup events, the first of which are due to take place in Auckland in December 2020, and the actual Cup in early 2021.

In a recent press release, ETNZ and ACE categorically deny any wrong doing and consider that they have already addressed the concerns of MBIE and Council, and their advisor Beattie Varley.