Melges has signed on as the North American dealer for the Skeeta, a scow hulled foiling dinghy.

After years of Foiling Skiff-Moth development, in order to widen the foiling concept to the American market, where single-hander scows are the norm, Melges are to market the Australian built, scow hulled foiling Skeeta and its junior version the Nikki.

Melges, famous for their range of Scow hulls, from the single handed 16ft MC to the mighty six or seven crew, 38ft A Scow, now have their first foiling sail boat.

Harry Melges III traveled to Lake Garda to test sail the Skeeta himself before agreeing to become a dealer.

“We’ve always believed there’s a lot of merit to the scow shape as a foiling platform,” said Melges. “As the sailing world sets its sights on the future of foiling, it has become increasingly important to offer a craft that makes this new form of sailing more accessible for the masses.”

It might seem an unlikely combination, the scow hull shape as a foiling platform, but this concept has been around for a while, particularly in the form of the Hugh Welboum designed Quantboats Q23 flying sportsboat using DSS foils.

The Skeeta and Nikki are singlehanded foiling crafts built by Australian duo Jim and David French in Melbourne.

Based around the Australian ‘tunnel’ Moth, the design’s stability and ease are further enhanced by the performance and durability of the wings and aluminum foils.

The Skeeta is the latest 3rd generation foiling dinghy, designed, built, tested and produced by the Australian duo, who have been designing moths for many years, both with and without foils. 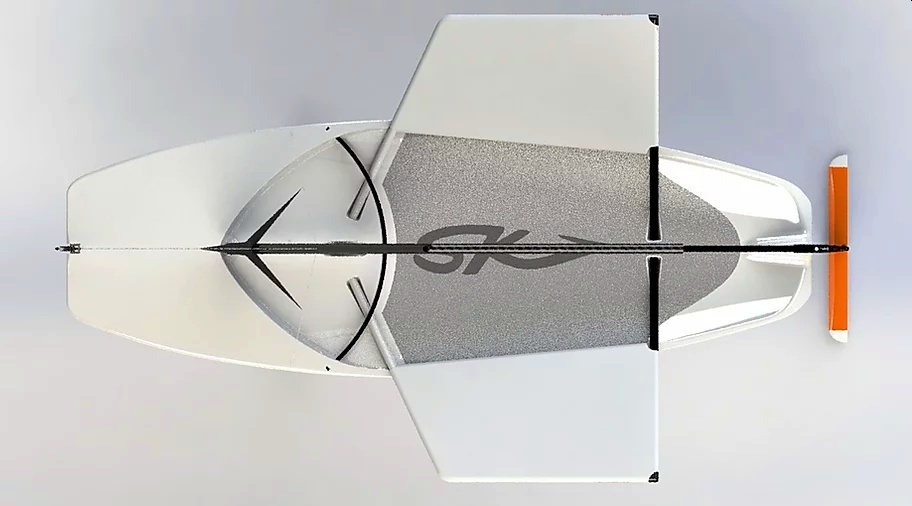 The Skeeta’s hull shape has been optimized for displacement sailing and foiling.

And has vertical foils that are fully-retractable and do not interfere with the boom when leaving and returning to shore.

The lifting foils can be easily clipped on or off, all by the push of a button, meaning there is no need to tip the boat over when rigging or launching.

The wings can easily and quickly be removed in less than five seconds. Just one pin holds them in place, making set-up even quicker.

Sailors can fully-adjust the wand on-the-fly, increasing or reducing the foiling ride-height to the desired level. This allows the boat to immediately and safely return to displacement mode in the event of changed weather conditions.

The 2.9m/9.5ft Nikki version is specifically designed for kids and lighter weight sailors and comes standard with a variety of safety features on top of its stable platform to make foiling safe and fun!

USA Champion of Champions in the Y-Flyer

Tide Turning at last for the 2020 sailing season ?

Want to know what it’s like to sail on HUGO BOSS?