There are now only a handful of entry spaces left available for the 2021 Youth America’s Cup after the initial early entry period closed on the 29 February 2020.

Worth noting that no British team has yet entered the event.

Nations with their representative yacht clubs who have entered teams are as follows:

It is important to note that entry is still open for this event right up until the 30 September 2020; although subject to any space still available at that point. 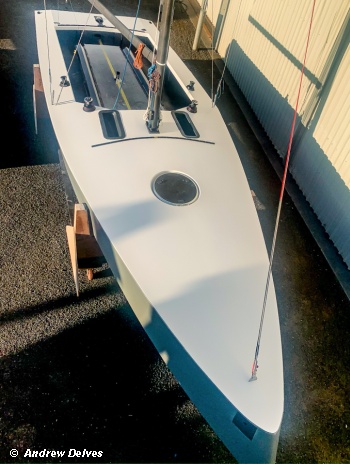 Due to such high demand early on the RNZYS are encouraging any other clubs who are considering an entry to get this in as soon as possible.

The first AC9F, built out of Yachting Developments is being launched next week for testing.

Yachting Developments owner and RNZYS Commodore Ian Cook is excited to see how the boat performs in initial testing.

“A lot of hard work has gone into the design and build of this first one, so to finally have it going into the water is an exciting prospect. We are very interested to see how it performs and moving on to build the rest of the fleet.”

With the AC9F now almost a reality, and the amount of clubs already on the entry list, the RNZYS is confident the event will be a success in 2021.

The Notice Of Race is available here

The coronavirus effect as European sailing season gets underway