Emirates Team New Zealand have rolled out their mini AC75 test boat, Te Kāhu, and taken it for a spin on the Hauraki Gulf.

No surprise that the half-size AC75 (a 38ft version) was up and foiling under sail without any problem.

Emirates Team New Zealand are expected continue with their development program using Te Kahu for some weeks, while their first AC75, Te Aihe, is being shipped to Cagliari, Sardinia, in preparation for the first ACWS event in April, followed by the second ACWS event in Portsmouth, UK, in June.

The Cagliari event, from April 23 to April 26, is the first time the four AC75 will line up to race against each other. 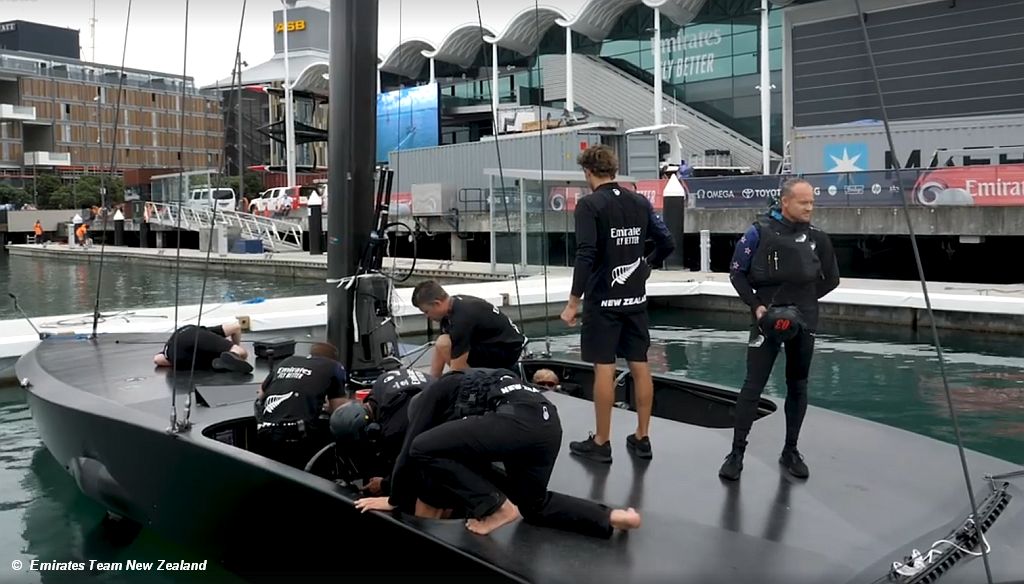