Day 1 of the Hayling Island SC Regatta which combines an expanded two day regatta with a number of Open Meetings and the Tasar UK Nationals.

The Tasar UK Nationals are a precursor for the 2019 World Championships taking place at Hayling Island in late July.

In second place are Willem and Luna Schutte (2,2,2) from the Dutch club ZV Noord AA, and third are Judith Massey and Sophie Mackley (4,4,8) of the home club. 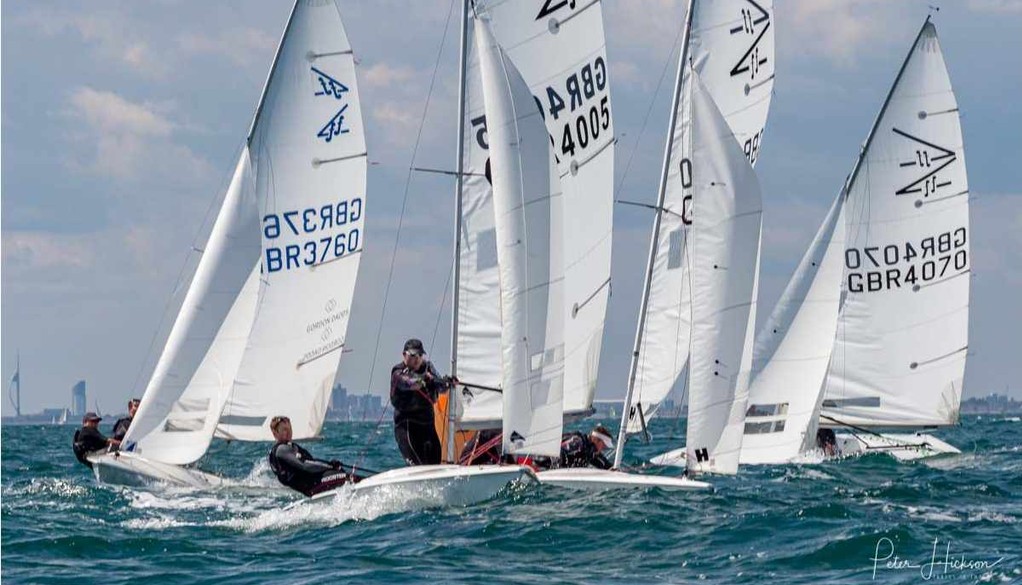 The Flying Fifteens are racing for their Open Bulwark Trophy and Andy McKee and Richard Jones (1,3) from Dovestone SC are the early leaders.

They have a 1 point lead ahead of Hamish Mackay and Andrew Lawson (4,1) with Richard Lovering and Matt Alvarado (5,2) in third place, both of HISC.

Another strong fleet represented here are the RS800, with HISC’s Tom Morris and Elliott Wells (3,1) tied for the lead on 4 points with Luke and Emma McEwen (2,2) of the Royal Lymington YC.

In third place are Frances and Tom Partington (4,4). 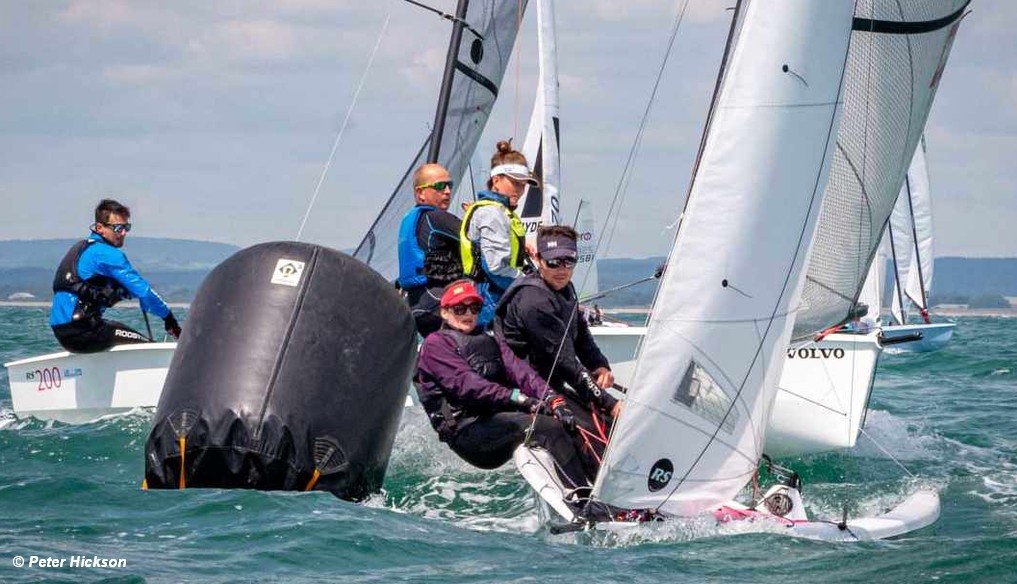 In the RS200 fleet Matt Mee and Emma Norris from Burghfield SC took both race wins to lead from HISC’s Tom and Charlie Darling (4,3) with Tom and Jo Hewitson (4,2) in third.

The Slow Handicap fleet is led by Dominic Hall in a Laser, with second Jason Hardman in an Aero 7, and third Paul Childs in an OK. 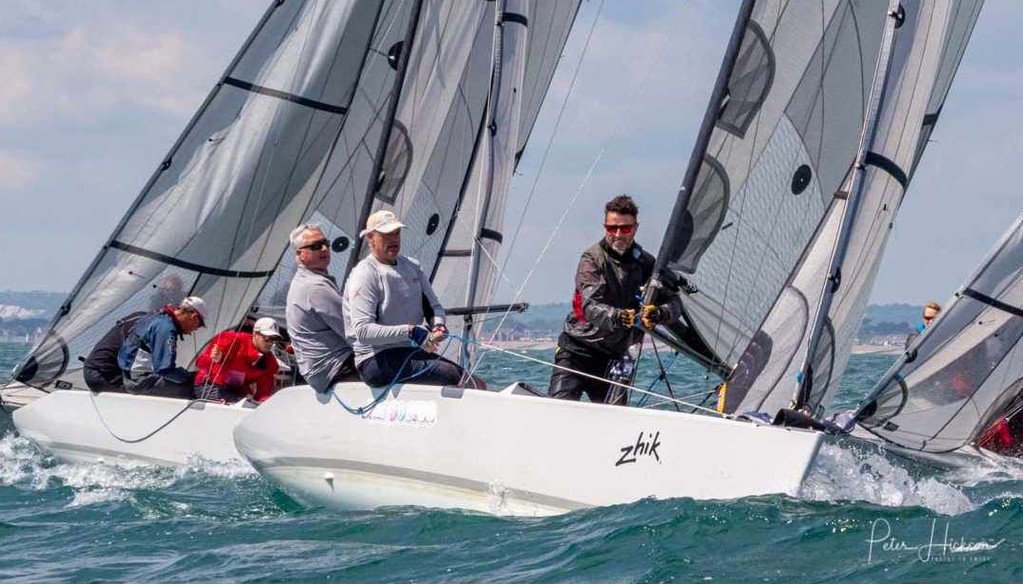 In the Fast Handicap, Ollie Houseman and Jeremy Vines from the Tamesis Club, sailing a National 18 won both races and lead from Jessica and Hugo Berney, Stephan Peritti also in a N18 from the Blackwater SC. Third is Mark Goodchild of Medway SC in an International Canoe.

A small fleet of International 14s are racing for the HISC Hayling Hull, with Neale Jones and Ed FitzGerald from Itchenor SC winning the first two races.

Racing continues Sunday for all the fleets, with the Tasar Nationals continuing through Monday, when there is also an Open Charity Pursuit Race.

Laser and Radial Europeans – Chiavarini and Rindom are 2019 Champions