It was full on racing as the six SailGP teams hit San Francisco Bay racecourse together during official practice racing ahead of the May 4-5 grand prix . . . and the Bay lived up to its iconic reputation.

San Francisco turned it on for the first day of practice racing at the USA debut of SailGP, challenging the six teams to their limits, with strong sea breezes, ripping tides and choppy waters.

The day featured two fleet races, punctuated by both the Chinese and Australian teams nearly capsizing in the strong conditions.

After taking a massive nose dive, the China team came crashing down from the foils, in what helm Phil Robertson called, “the scariest moment I have ever had on a yacht.”

Robertson continued, “We went into a bear away, the conditions were fairly fresh, the boat speed built, and I just didn’t get enough rake off in the moment. The boat literally leapt out of the water, nose-dived and we destroyed most of the wing.”

The 24-meter/78-foot wing buckled, causing the team to retire from racing and putting the team’s participation in weekend racing in question. 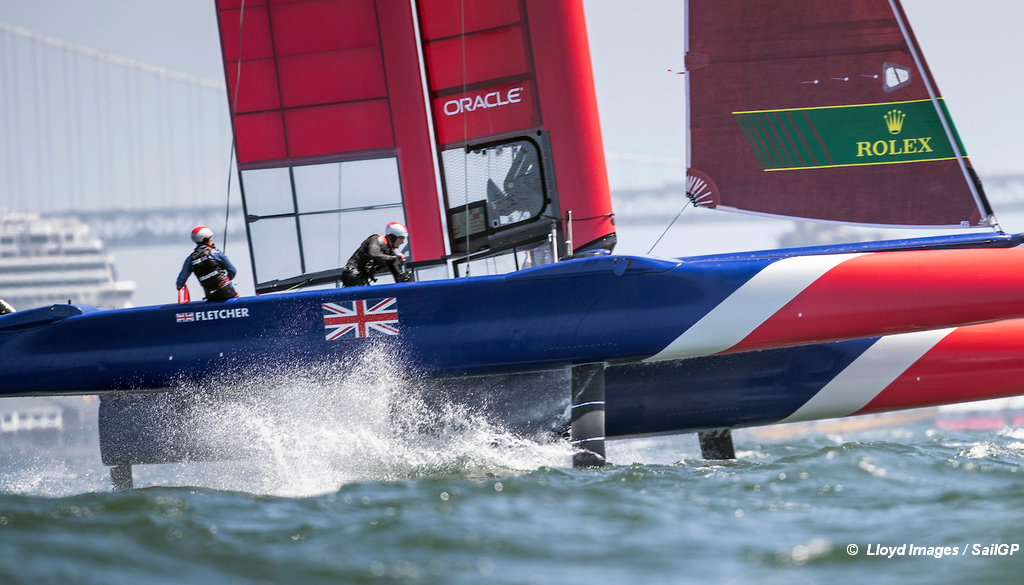 During the practice racing, the Japan and Great Britain SailGP teams squared off, showing impressive boat-handling and finesse on the water, ultimately dominating on the course.

“It was fantastic to have all six boats out there today,” said Great Britain SailGP helm Dylan Fletcher.

“The weather was at the top end, and we were all a little bit scared at the time, but it was brilliant racing. I hope that it was good for everyone out there to watch because it was super exciting in the boat, hair raising.”

After getting close in training, the magic 50 knot (60 mph) number remained elusive, and it was more a case of bringing the crews and boats home safely at the end of the day. 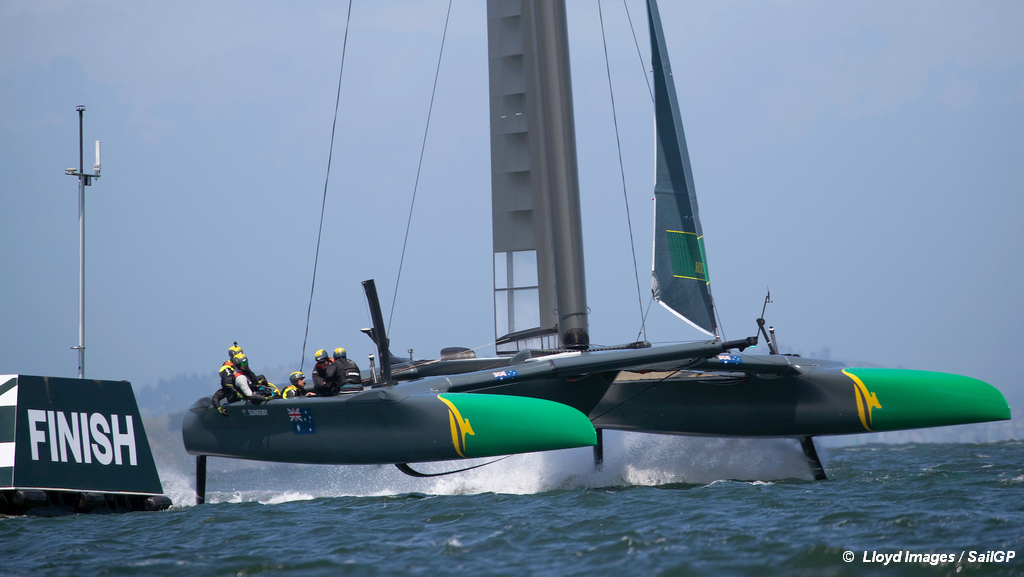 The Australia SailGP Team was the fastest boat on the racecourse, reaching a top speed of 47 knots.

“I never really cared too much about being the first team to hit 50 knots,” said Australia SailGP Team helm Tom Slingsby. “But now it’s a pretty frustrating being so close and not having done it yet. We definitely want to be the first team to do this.”

The official practice day kicks off on Friday, May 3. Formal racing is from 12:30 – 2 pm on Saturday and Sunday.

The event finishes on Sunday afternoon with the top two teams going head to head in a match race finale.

Reggae in the Park Race Day at Antigua Sailing Week