The main attraction it seems is the barrel of Glendalough 7-year-old 777 single malt Irish whiskey onboard.

The recovery of his boat would also make a great Christmas present for Gregor too! 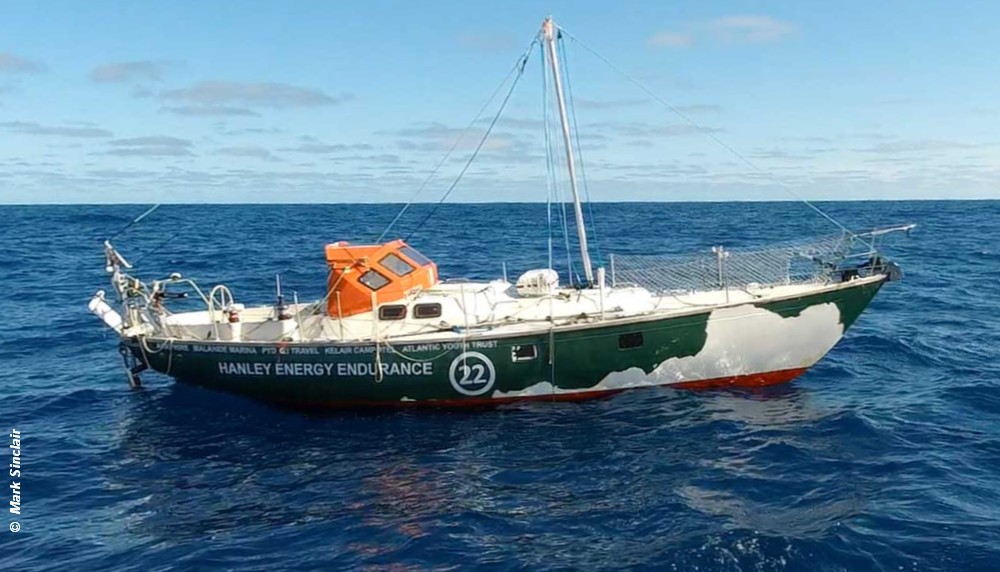 Gregor McGuckin’s abandoned yacht Hanley Energy Endurance photographed by GGR skipper Mark Sinclair as he sailed passed the yacht a month after Gregor was rolled and dismasted in the South Indian Ocean.

On New Year’s Day it will be exactly 6 months since the start of the Golden Globe Race from Les Sables d’Olonne so we will be saying cheers to our sponsor Champagne Mumm.

And so too will our skippers. Two bottles were loaded aboard each yacht before the start, so even Mark Slats will have something to celebrate with!