The Ayes Have It! or Do They?

World Sailing may wish that they had taken a leaf from the Mother of Parliaments rather than some dodgy looking electronic boxes, with a close resemblance to early TV remotes!

Both World Sailing and the British Parliment have a problem. Here in the UK we are having a little bit of trouble over a thing called Brexit . . . Are we in, out or somewhere in between?

But, in the end all the obstrification will be settled by an open vote in the British Parliament, where we will finally see just which way our elected representatives choose to vote.

Unlike many other legislatures, the House of Commons has not adopted a mechanical or electronic means of voting. The Mother of Parliaments will vote by the good old method of walking through the lobbies.

This involves the Members indicating their vote by walking through either the ‘Aye’ or the ‘No’ division lobby. As they pass through into the lobbies, their names are recorded by clerks and counted by the tellers.

The result of the ‘division’ is then announced to the House, and the record of the way each Member voted is made available to the public the following day.

Now this rather theatrical procedure has stood the test of time, some 500 years, to run the business of the British Parliament. 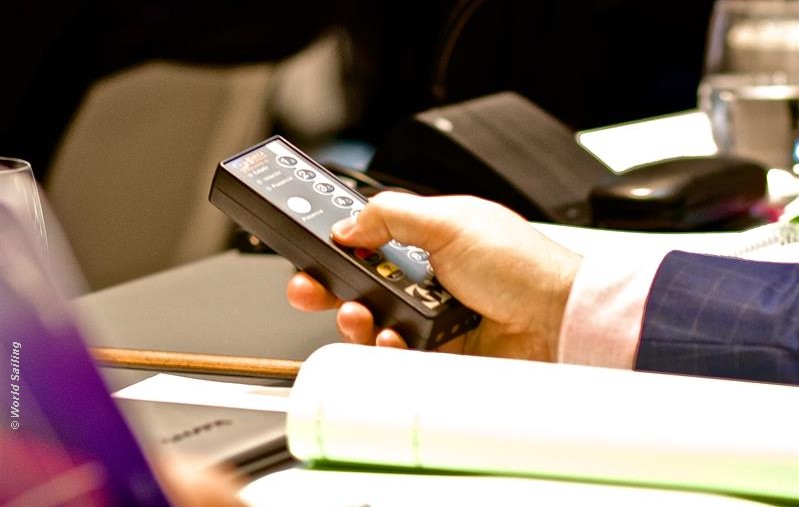 There are no problems with buttons that do not work or record different results to those intended.

No possibility of matching a device to the wrong user, no screens flashing up software calculated figures.

World Sailing dumped its open voting system for an electronic, closed, secret vote system, which suffered a number of technical problems leading up to the crucial Olympic event votes at the 2018 Annual Conference in Sarasota, Florida

When the actual voting preferences were eventually revealed – long after the resulting electronic votes had been acted on – the problems started when several members claimed their votes were indicated incorrectly.

World Sailing “reviewed” the voting procedure and found that there was no conclusive evidence to show any failure of the voting system and the record of votes should remain as recorded.

And then to add insult to injury added that;

“Any claimed ‘errors’ in voting are due to either pressing the wrong button for yes, no or abstain (1,2,3) or pressing a button too early before the voting is open or too late after the vote was closed – or not at all during the period when the voting was open, to correctly record their vote.”

As the row rumbles on, World Sailing might like to consider that their leap into a technology that obscures the transparency of the voting procedure and prevents both those voting and the people they represent, from clearly seeing the result of those votes is an infringement of any democratic process.

The method of the British Parliment may not have the shiney glitter of the latest high tech, but it certainly beats ‘the Emperor’s New Clothes’ method of World Sailing.