Four races were held on day two of the RC44 Cascais Cup, with four different winners at the final event of the 2018 championship for the high performance owner driver one designs.

At this half way stage of the RC44 Cascais Cup, Vladimir Prosikhin’s Team Nika is the stand-out leader.

The 2018 World Champions, on which Dean Barker calls tactics, won the first race Friday, as she did yesterday, and remained star performer up until today’s final race.

In this she was called OCS and, unlike yesterday, was unable to recover, causing her seven point lead to dwindle to four.

Torbjörn Törnqvist’s Artemis Racing made the best job of the tough conditions to claim race two.

Then in race 3, newcomers to the RC44 fleet, Mirpuri Foundation, took the starboard side of the second beat, tacked, and then enjoyed a monster lift that left them pointing directly at the weather mark. 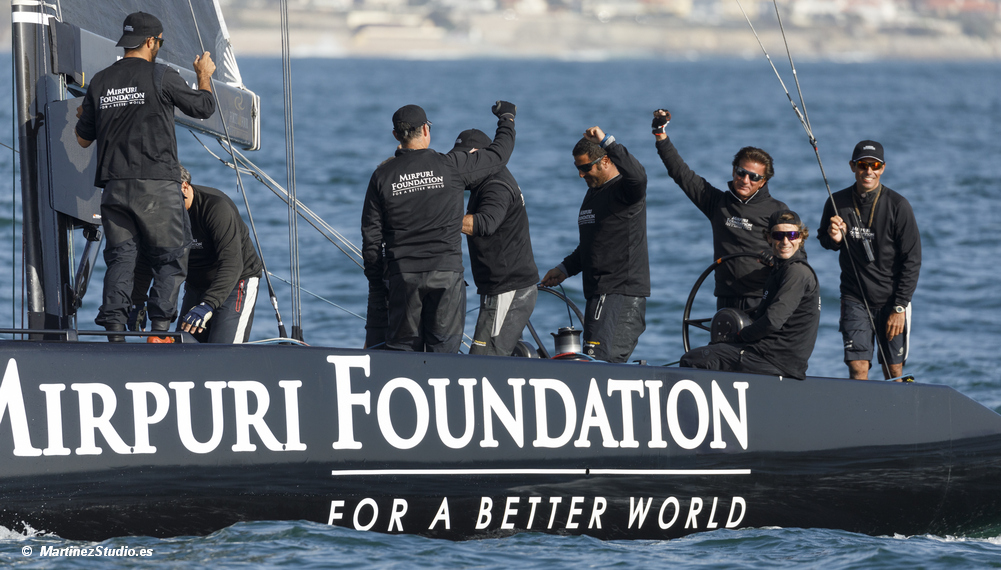 This elevated them from fifth to first which they held to the finish, Portugese helm Paulo Mirpuri scoring his ever RC44 race win, despite this being just his second day competing in the class.

The day’s fourth race had the day’s fourth winner in Nico Poons’ Charisma,. Their 2-2-6-1 score made her by far the top performing boat of the day, despite the tricky conditions.

The rest of the regatta is up in the air with the most conservative weather models showing winds gusting to 30+ knots Saturday afternoon, and the prospect of lighter winds, but 3 to 5m waves on Sunday.