While the Vendee Globe fleet head into storm Theta, down in Auckland, in a gentle 6 to 8 knot breeze, Luna Rossa finally flew her code zero.

Justin Mitchell captured this excellent video on Friday (13 Nov) as Luna Rossa struggled to find any wind for it in the very light conditions.

But it was a beautiful sight as she eventually took to the air and tacked-off back towards North Head and into more breeze at the harbour opening.

Conditions at time of filming were 6 to 8 knots SSW at Bean Rock – so would have been a bit sheltered where they first came up on the foils – but they tacked cleanly on their foils.

The day before, both Luna Rossa and American Magic had been out in a stronger breeze on Course C, which is the much hyped ‘Stadium Course’ for the Prada and 36th America’s Cups.

They both appeared to be putting in some course mark rounding practice.

And Luna Rossa has been getting in some spectacular jumping practice . . . . 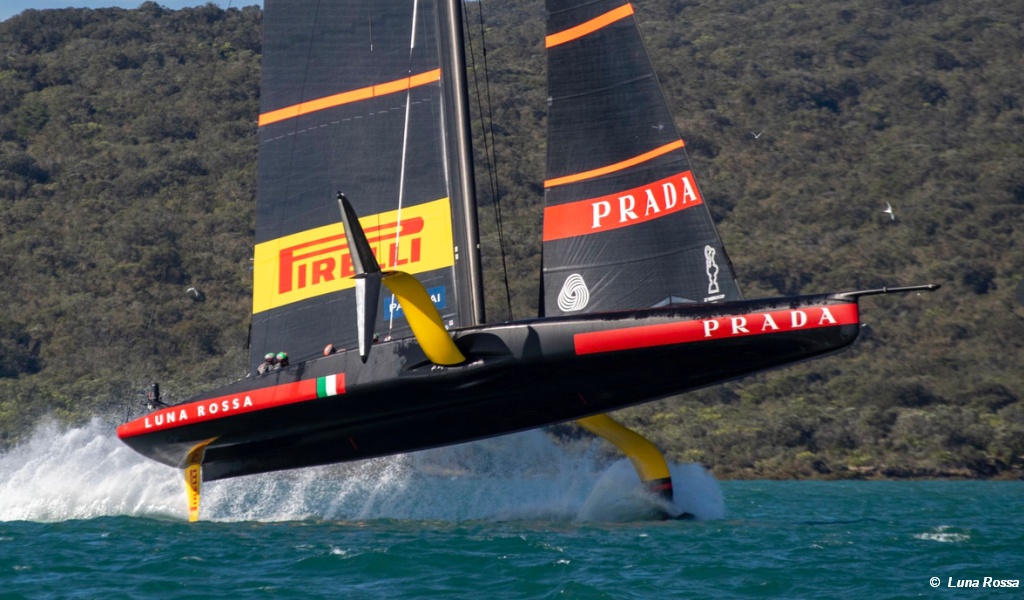 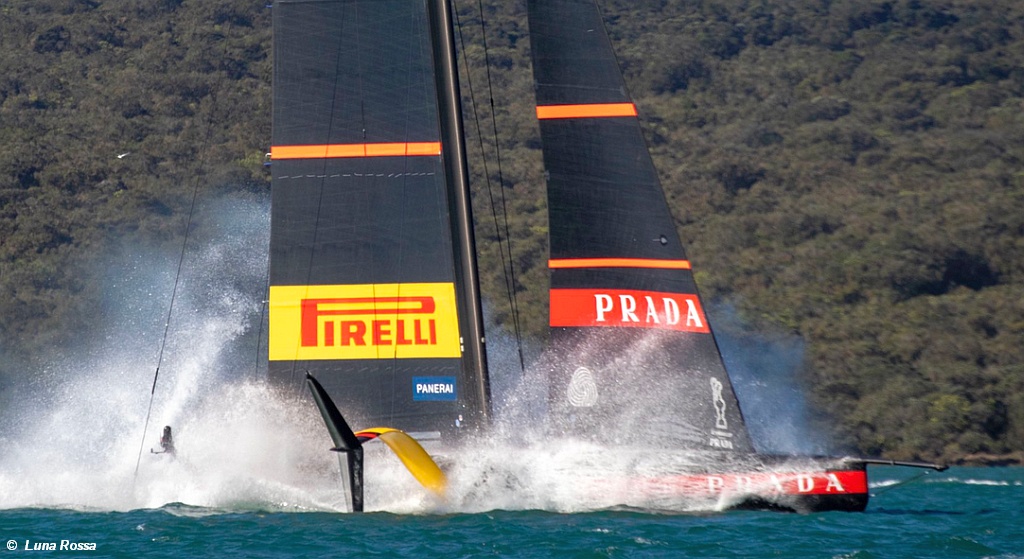 The Ineos Team UK boat has not been seen on the water since last Sunday (8 Nov) which suggests a major system upgrade and maybe a foil change?

Still to be rolled out is the second Emirates Team New Zealand boat, expected any day now, with the time counting down to the first meeting of the four teams in mid December for the pre-Christmas racing series.

America’s Cup challengers getting in the hard miles

Ports of Auckland allow use of inner harbour races courses

American Magic confident in the trajectory that they’re on