Stormy weather did nothing to dampen enthusiasm at the 5th Hamble Classics Regatta hosted by the Royal Southern YC.

On Saturday full racing had to be cancelled due to strong winds in the Solent but instead an all-in handicap fun race up Southampton Water was offered with eight boats taking up the challenge.

The three Spirit 46’s were soon streaking ahead but after 85 minutes of racing it was Simon Osgood’s Nordic Folkboat ‘So!’ that saved her time by almost 4 minutes. Second on handicap was David Grylls’ ‘Helen of Durgan’ three seconds ahead of her Spirit sistership ‘Dido’ with Michael Briggs’s ‘Mikado’ close behind. 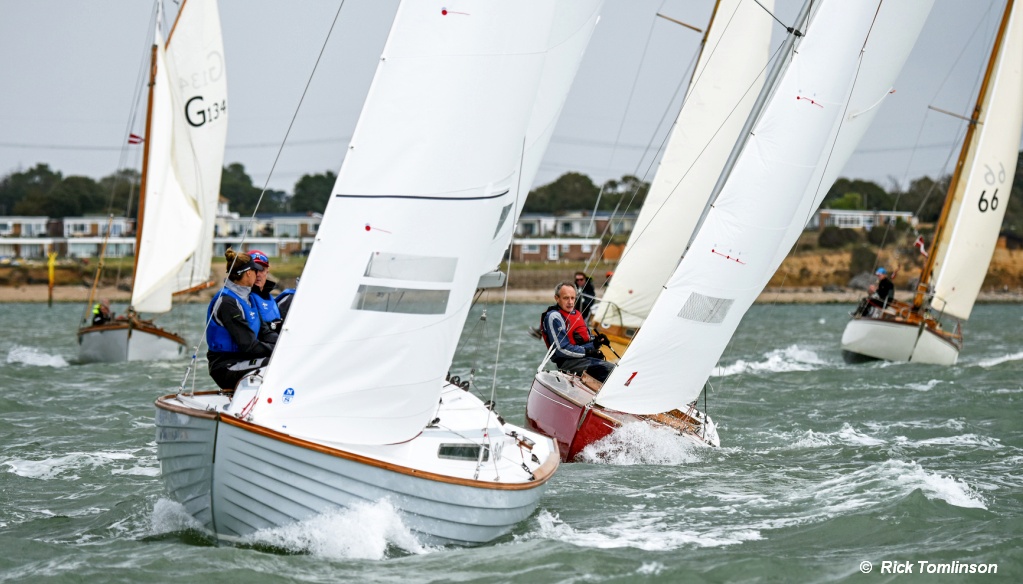 The forecast for Sunday was a steady 14-20 knots from the west so PRO Peter Bateson on the Red Line and CRO Stephen Parry with the Green Line team set up a mile or so apart.

While the gusty and shifting breeze held up on the Brambles Bank, the inshore fleet with weather marks in the entrance to Southampton Water experienced squalls and near flat calms during their races.

In the IRC Zero class comprising three Spirit 46’s, Daniel and Suzie Anthony’s ‘Dido’ and David Grylls’ ‘Helen of Durgan both scored a first and second, Dido prevailing by virtue of a lower total aggregate of corrected times to break the points tie. 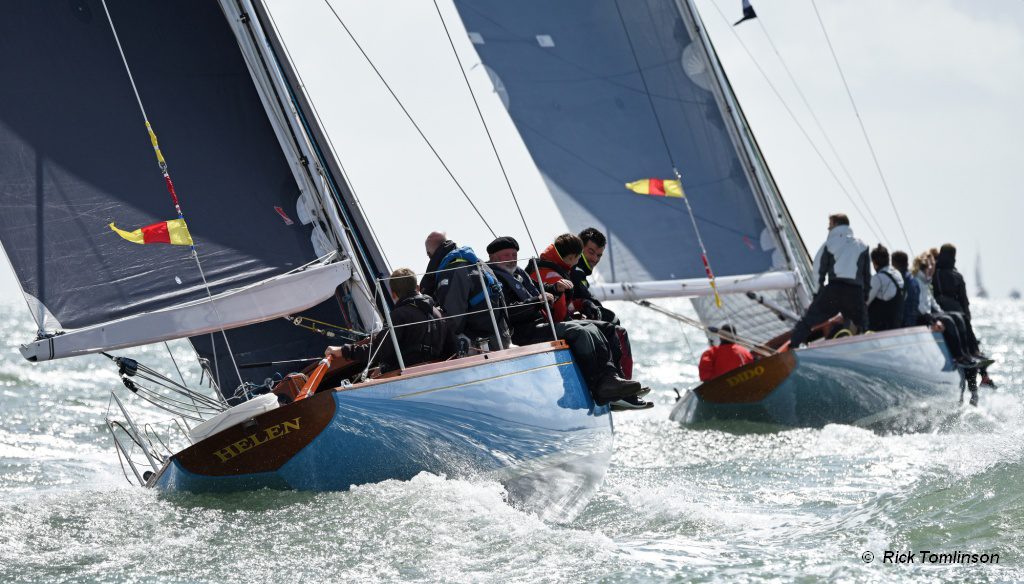 On the Green Line, David Aisher’s ‘Thalia’ sailed the course as the lone old gaffer, while in the Regatta 2 Class close racing saw Simon Osgood’s Nordic Folkboat ’So!’ winning the class ahead of the Mark and Liz Rushall’s ‘Ragdoll’ and the 94 year old red dayboat ‘Cockleshell’ all on equal points.

The Concours d’Elegance Awards were supported this year by Joseph Perrier Champagne and the award for most authentic yacht going to both Sir Michael Briggs’ 1904 ‘Mikado’ and David Aisher’s 1888 ‘Thalia’.

The best GRP boat Simon Osgood’s 22-year-old Nordic Folkboat ’So!’ and the top prize for both best Spirit of Tradition yacht and overall Concours d’Elegance winner presented to Daniel and Suzie Anthony for their immaculately presented Spirit 46 ‘Dido’, designed by Sean MacMillan and built by Spirit Yachts in 2005.