Alex Thomson – It will go down to ‘are we fast in the right areas?’

Since returning to the water, Alex Thomson and the crew have completed a further 4,000 offshore training miles on HUGO BOSS.

With those miles their under belt – and Alex’s qualification for his fifth Vendée Globe finalised – HUGO BOSS has gone back into the shed in Gosport for her final service ahead of the 2020 Vendée Globe, which starts on the 8 November.

Over the next few weeks, each component of the boat will be checked and serviced, a process which takes place before every round-the-world yacht race.

But this check has taken on a new inportance after a potential structural problem was detected.

The problem was in the hull behind the mast . . . Thomson explained that with the new boats that fly higher, the area of ​​the hull that hits the sea hard is no longer just in front of the mast, but also behind.

To avoid a potential problem they will reinforce the hull from the inside in that area.

HUGO BOSS will return to the water, checked, reinforced and equipped with a new pair of 7 metre long foils similar to the original version.

The foils are constructed by the Persico shipyard in Bergamo, Italy, where the coronavirus pandemic hit badly causing delivery and fitting to be delayed.

An additional piece of equipment this time on HUGO BOSS and several other competing boats will be a Whale warning device, an acoustic repellent installed on the keel that sends sound pulses to ward off sleeping cetaceans.

This is in addition to the container warning system they are fitted with.

Once the service is complete, HUGO BOSS will go back into the water and Alex will re-commence training for the Vendée Globe challenge. 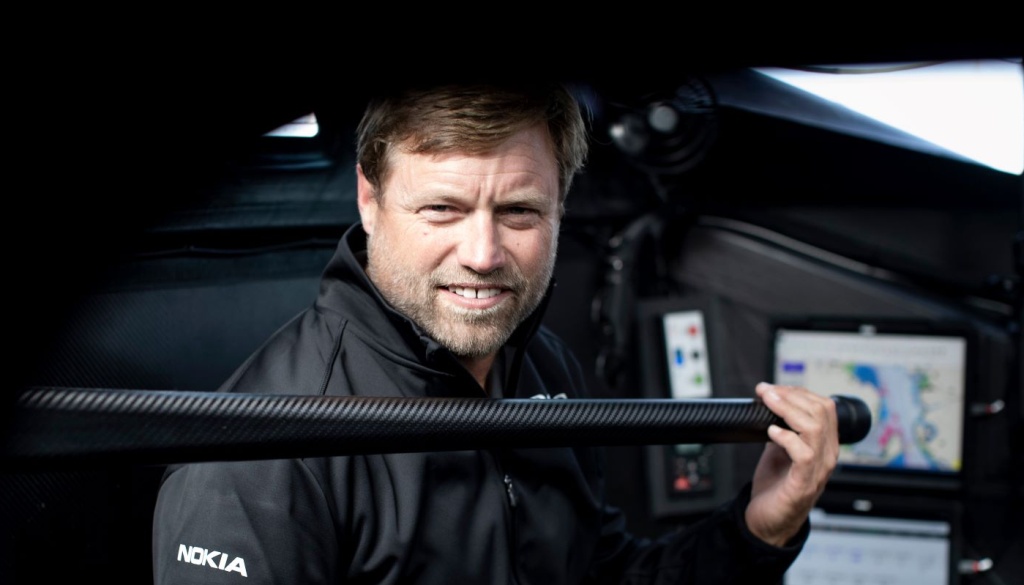 I expect it’s going to be as tough or tougher than it’s ever been. The caveat to that is that no one has enough miles.

We set up slightly differently to everyone else and so some stuff you won’t be as good at and other stuff we’ll be much better at. I think with these new boats will be, everyone is going to have their day.

Nothing’s for free. It is always the same, you can’t make a boat that goes upwind at 20 knots and downwind at 30 knots. You give and you take. Every boat will have its angle when they go fastest.

It will go down to ‘are we fast in the right areas?’

The only concern I really have is ensuring the boat’s survival, I can’t stress that enough.

When you’re not doing the miles you’d like to do, you have to second guess the issues that are going to come and then you have to solve them before now even. We are already getting to the realm of being too late.

HUGO BOSS returns to the water

Tokoloshe II and PowerPlay triumph in Race the Wight

Kieler Woche draws the line on enormous rush of entries