On Wednesday, the  New Zealand Prime Minister Jacinda Ardern commented that “no decisions had been made” regarding the application for exemptions for foreigners connected to the America’s Cup.

Premier Ardern made the comment during a televised announcement that the country could soon return to “normal routine” and that the Cabinet would review the alert-level status next Monday.

Ardern said that at alert level 1 life would be “very, very normal” – but still with border restrictions.

Level one will be a return to “normal routine” for New Zealand and there will be no distancing rules at shops and restaurants, or on public transport.

All restrictions on businesses, like hospitality, would be lifted with no distancing of tables, and churches, sports stadiums, community sport, and funerals of any size can all resume while physical distancing on planes and public transport can lift.

The NZ Government seems to be keen to avoid showing any leeway to the America’s Cup event, despite the considerable financial boost it is expected to provide to Auckland and New Zealand in general.

Hamish Ross, an advisor during many recent America’s Cup controversies, when interviewed on the Sailing Illustrated show said that . . . He expected some real progress over the next week regarding the entry of the AC competitors to New Zealand, with a roadmap being published by the government to clarify things. 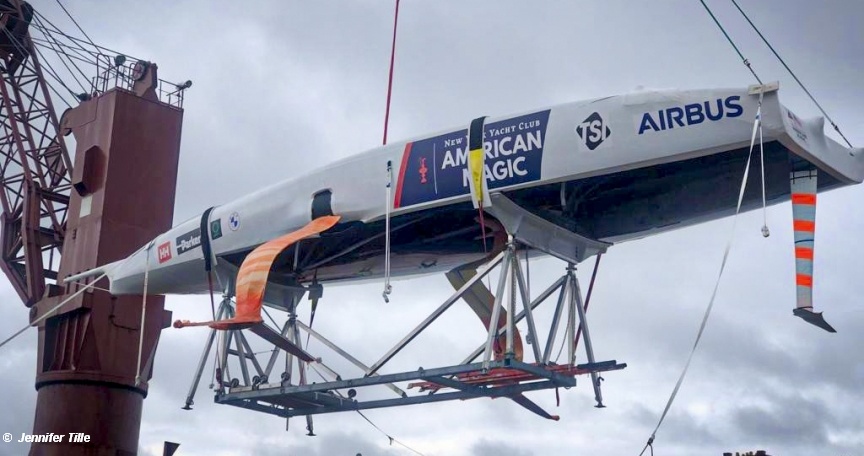 The American AC36 team American Magic have already shipped their first AC75, Defiant, to Auckland despite not having clearance for team members to enter the country.

Terry Hutchinson, Skipper and Executive Director of American Magic said that shipping Defiant to Auckland now was the only choice for the team once all logistical factors were considered.

It is believed that applications for exemption have now been lodged by the Americans and are being processed for consideration by the Minister for Economic Development.

Ben Ainslie and the British team, Ineos Team UK, are expected to head to Auckland with their second AC75 in late September.

American Magic skipper Terry Hutchinson on fairness in the competion

Recovering a Forest of Teak without cutting a single tree

The Ocean Race could be postponed for a year