The new broom swept through Great Britain SailGP as they showed-off a new livery on their first day of training on Sydney Harbour.

Ben Ainslie and his team have only a few days to get to grips with their 2,400kg supercharged F50 as they prepare for their first competitive event – until now it has all been on the simulator.

The new British crew will join six other nations on the start line on 28 and 29 February for Sydney SailGP 2020, the first event of the SailGP 2020 series. 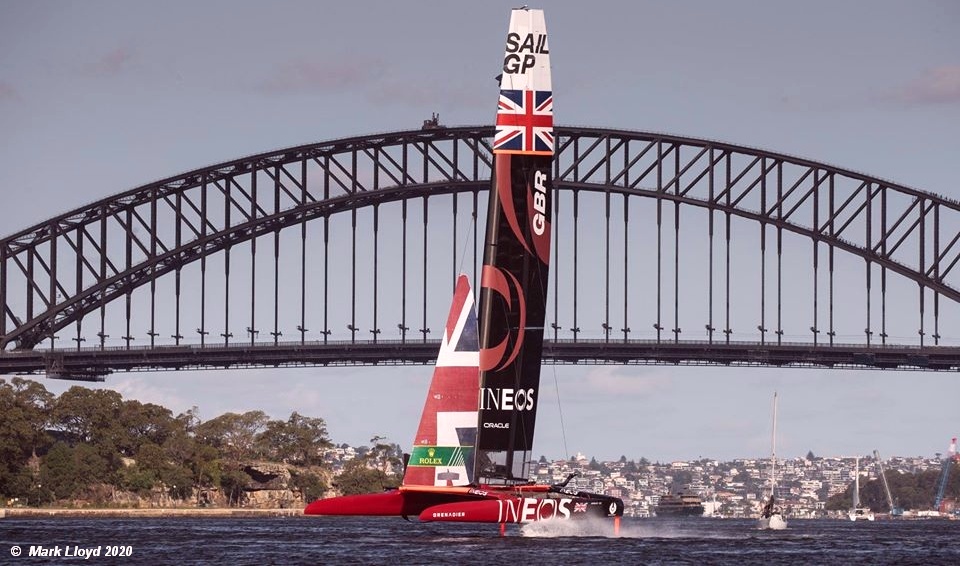 This season the SailGP fleet have been upgraded with a revolutionary new modular wingsail.

The new, modular wing can be assembled in varying lengths – 18m, 24m and 29m – allowing the teams to put on nail-biting nation versus nation racing in a greater range of conditions across the venues.

With a new wing also comes new speeds. Season 1 saw the Brits become the first SailGP team to break the elusive 50-knot speed barrier, but what can be expected for Season 2?

Predicting the effect of the new wingsail, Ainslie said:

“Everyone is excited about the new modular wing. Of course, from a racing perspective, to be able to sail in a wider range of conditions is of real benefit to both the league and for us as race teams.”

“Certainly in strong winds we’d expect the speeds to be quite significantly higher, but quite how high, who knows.”

The second SailGP event is in the USA on San Francisco Bay over the 2 and 3 May, less than two weeks after Ainslie and the Ineos Team UK America’s Cup team take part in the first ACWS event in Cagiari, Sardinia.

Ainslie takes the plunge in Sydney

GBR Youth and Experience compete for World titles in Australia