After surviving on the edge Iain Percy and Anders Ekström won the Star Sailors League Finals by 2 sec.

After appearing to be slipping out of contention, including having to complete several penalties in the quarter and semi final rounds, Percy and Ekström made it to the four boat final race.

Here in the light breeze that had plagued the final day, they set off well from the line but were headed at the windward mark by Xavier Rohart and Pierre-Alexis Ponsot of France.

Major trailers were Mateusz Kusznierewicz POL and Bruno Prada BRA, who had gone direct to the final after winning the ten race qualifying series.

On the run back, Kusznierewicz and Prada stayed wide to the right before coming back together with the other three at the gate.

At the end of the second beat, Percy and Ekström rounded some 20m ahead to lead the final run, with Rohart and Ponsot, and Kusznierewicz and Prada, chasing while Eivind Melleby NOR and Josh Revkin USA went out right. 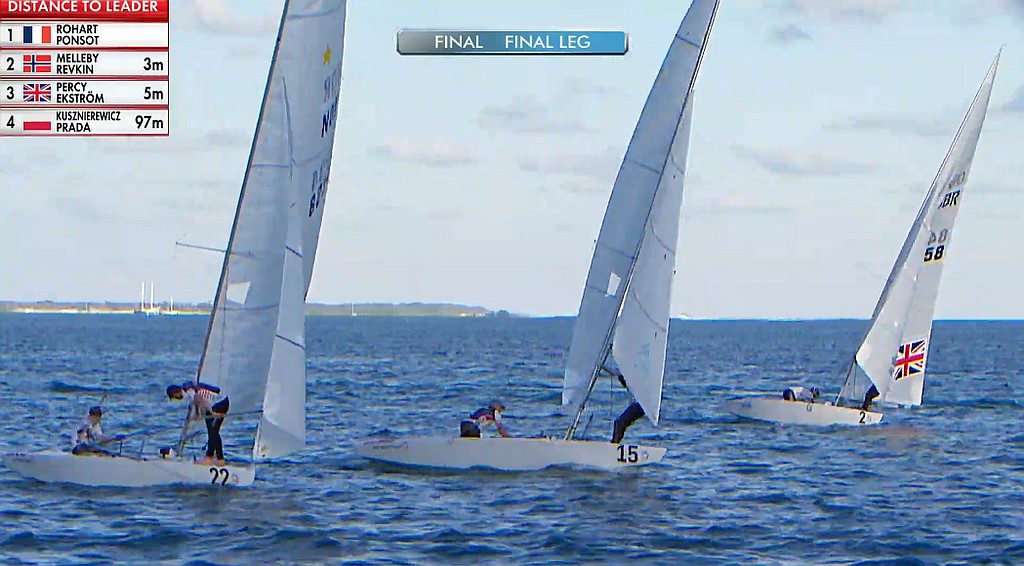 With the wind failing once again, both Rohart and Melleby closed on Percy and the three crossed the line overlapped . . .