Japan finished the opening day with 30 points and a four point lead ahead of the Australian SailGP team helmed by Tom Slingsby.

Great Britain’s SailGP team, helmed by Dylan Fletcher, are third overall, two points back from the leading pair with 24 points.

Outteridge took Japan to three race wins, with Australia posting two runner-up finishes and a third place, while the British team had a third, a fourth and then a second place finish in the final race.

The United States team helmed by Rome Kirby take fourth overall, China of Phil Robertson are fith and sixth are the French team of Billy Besson.

The day kicked off with official fly-bys of all six nations teams which saw 12 knots steadily increasing at the start of the first race. Flat water made for super smooth foiling, but by the second race the breeze on San Francisco Bay was up to 20 knots. 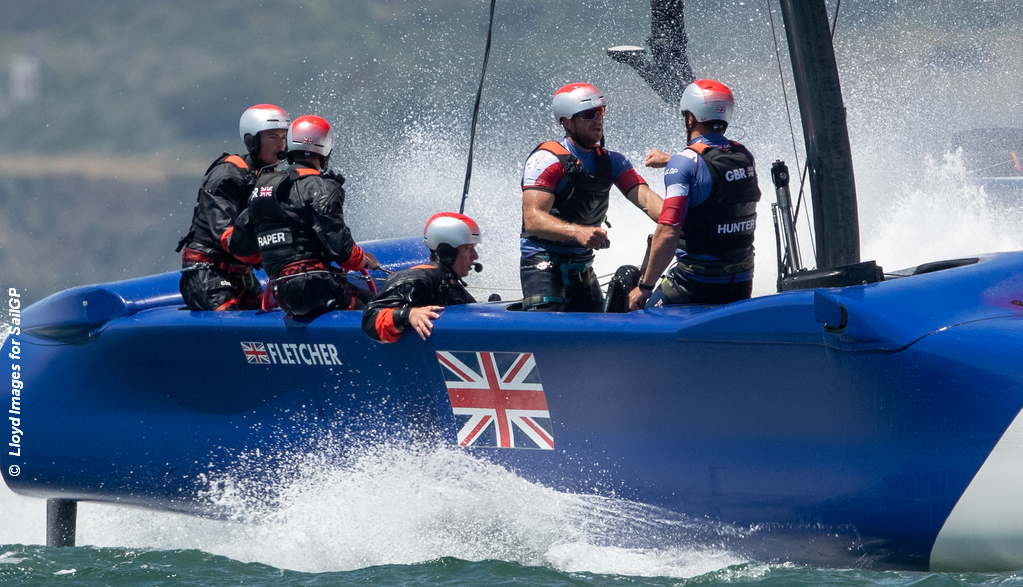 “Today delivered everything we expected – wild, wet and windy. I’m really proud of how we sailed, good speed and smart sailing and, as our coach Joe Glanfield reminded us after the racing, such a massive step up from Sydney.”

“Obviously, we are disappointed not to have converted some of those mark rounding positions to overall results but we were in the game as the top two boats most of the day and had some incredible racing.”

There are two more fleet races on Sunday followed by a match race between the top two teams to crown the winner of San Francisco SailGP.

SailGP San Francisco after 3 races of 5 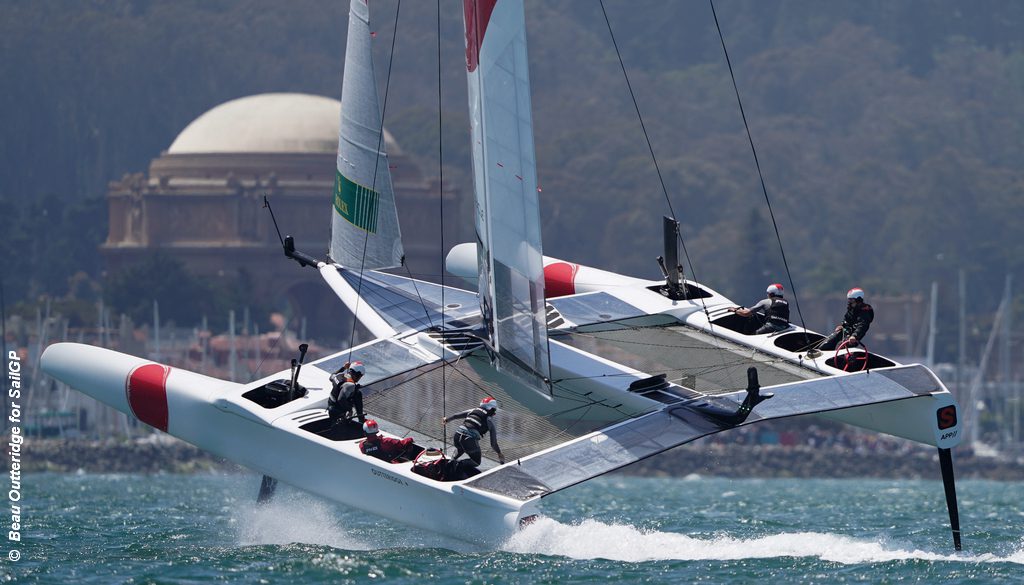