The Great Britain SailGP Team with Dylan Fletcher on the helm finished the first SailGP event in Sydney, Australia, with a podium flourish.

After a opening day that highlighted their lack of time in the boat . . . “Some fantastic starts and comebacks, but ultimately our manoeuvres let us down, now it’s time to looks at how we can improve on those for tomorrow and as we move forward.” commented Fletcher after three races on day 1.

Day 1 had been a baptism of fire for the Brits, with the two pre-match favourites, Team Japan SailGP under Aussie skipper Nathan Outteridge and Tom Slingsby’s Australia SailGP team, dominating the racing.

The Aussie skippers showed their America’s Cup pedigree, as Outteridge dominated the first race and then took a couple of second place finishes behind Slingsby who responded with back-to-back wins.

The British team stayed in the mix, finishing third overall on day 1 and vowing to raise their game for day 2. 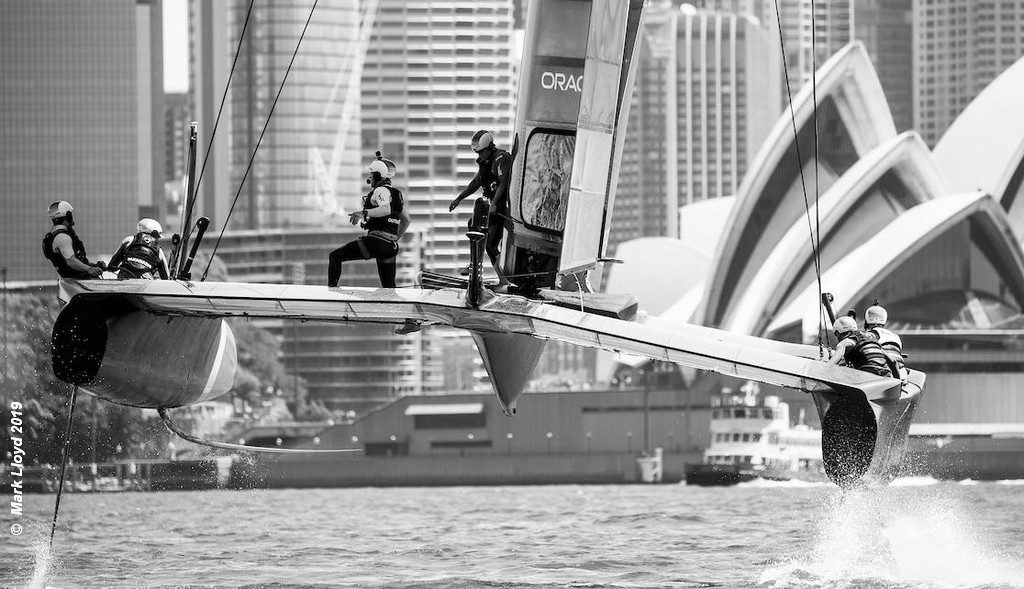 “We are really stoked after today’s racing – only our 11th day in the boat. A positive start to our series, always over-taking boats. We did the hard stuff really well and the easier stuff let us down.”

“We had a couple of great starts and then a couple of costly mistakes and that was the difference between what could have been a fantastic day and what ended up as a good day on the water.”

Overnight Fletcher and his crew were pouring over the data.

“We really need to look at how the Japanese and Australian teams were maneuvering. We were really happy with how early we could foil, but then downwind the jibes were the huge let down for us. We really need to take a good look at the data and ourselves and come back firing tomorrow.”

And they came out fired-up to grab the start of the first first race beside the Australians, with a fast charge towards mark 1.

The final fleet race (R5) showed their lack of practise in these machines, as they were blocked out of the start line by the Japanese team and left for dead. A tough lesson as they started at the back of the pack, but kept their focus on getting back into the game, finishing fifth. 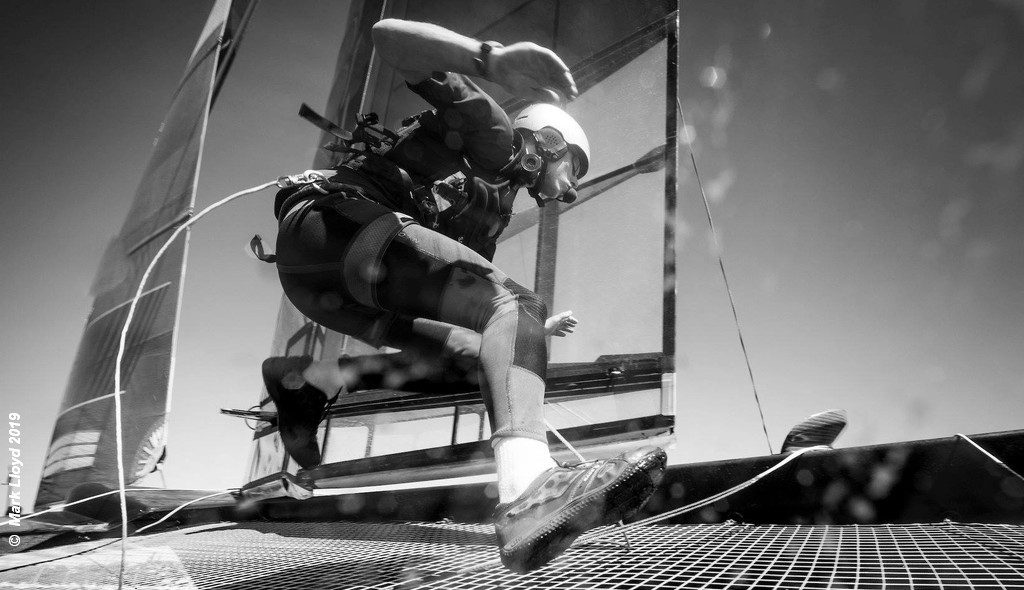 Dylan Fletcher, on the performance of the Great Britain SailGP team:

“I’m really proud of the team and how we performed for this first event, given our lack of training in these F50s and racing them being a whole new experience for us. We started well and were racing well, and today felt so much better than yesterday with smoother and much faster foiling gybes.”

“We were always learning and making gains on the fleet which feels good. We looked hard at the data last night and we need to do a lot more of that analysis going forward. I absolutely loved the racing, can’t wait for more and we are all really looking forward to San Francisco.”

“For sure we want to win the overall championships but what is most promising is how we showed our potential during the racing, we pushed the leaders and improved significantly, even over the last two days of racing. Bring on San Francisco!”

For Dylan Fletcher and Stuart Bithell the little matter of gaining 49er selection for Tokyo 2020 will intrude on their available time in the F50 before San Francisco.

There is the Olympic Classes Princess Sofia Regatta in Mallorca from 29 March to 6 April to fit in, and then directly after the Frisco SailGP event, the 49er European Championships back in the UK.

Selection for the Olympic 2020 sailing Test Event in August is the target, so at this stage every 49er event counts.