Winter in UK but surf and sun Down Under

While we pull on the dry suit for another turn round a gravel-pit in gloomy Berkshire the Aussies are frolicking in the surf and sun . . .

Lots of championship racing taking place down-under as the down under summer season gets underway.

For the OK Dinghy fleet, next stop is the World Championship in Auckland, New Zealand, which has attracted an entry of more than 110 boats. Around 20 Australian boats are now being packed in containers to send across the Tasman for the start of the championship in early February. – Report Robert Deaves 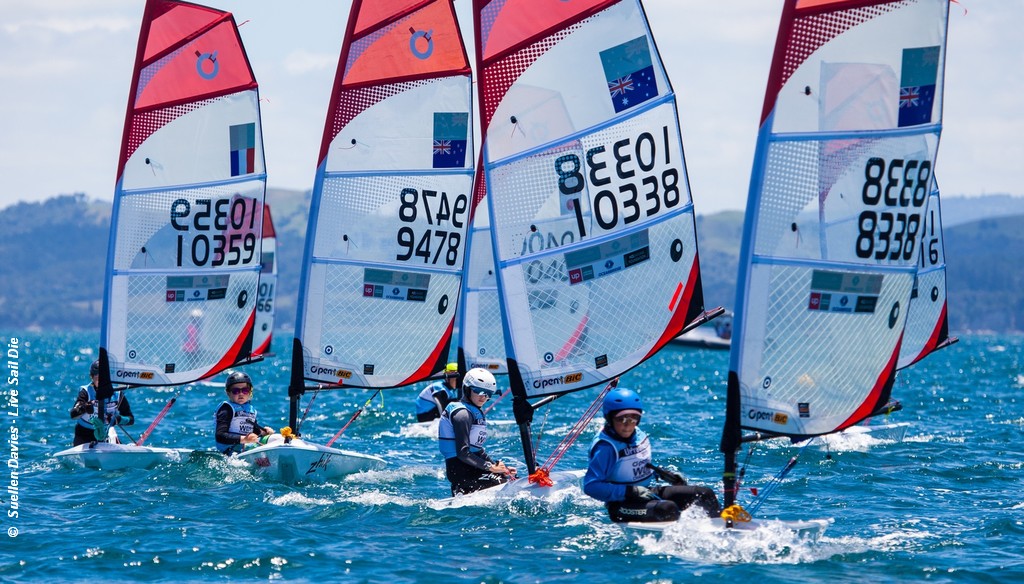 For the 133 young sailors present in Manly Bay, New Zealand for the 2019 O’pen BIC World Championships it was a week of excellent, tight racing all done with the sense of fun and fair play.

After five days and twelve rounds of racing, the eventual margins of victory and podium places were as narrow as it’s possible to be, and the new champions have thoroughly merited their moment of glory.

In the U13 division, Australia’s Breanne Wadley confirmed her status as pre-championship favourite. But it was by the finest of margins as home-boy New Zealander Ted Houry missed out on top spot by a single point.

Third place, was the consistent Tiphaine Rideau from France, who pipped the fast-finishing Australian Drina Bucktin and the plucky but unlucky Saki Nukui from Japan to the bronze medal.

Meanwhile, in the U17 division, Italy’s Davide Mulas successfully defended his early lead under unrelenting pressure throughout the week to hold on for victory.

More to come as the Finn and the International Moth Australian Nationals kick-off on the 7 January.

505 World Championship - Shinn and Anderson move on the leaders