Despite the imminent arrival of Storm Callum, 53 RS Aero sailors arrived on the Saturday to patchy blue skies but a hefty breeze averaging above 30 knots.

This was a great turnout considering the forecast, but unfortunately, the wind didn’t moderate enough by the 2pm review and racing was cancelled for the day.

So, on to Sunday and the wind had now eased, and a nice 12 knot breeze greeted the sailors, but the rain fell. This didn’t stop any sailor’s enthusiasm to go out though and four races were completed for all three fleets.

In the RS Aero 5 Sammy Isaacs-Johnson won all four races to take the Inland title ahead of James Dowric, with third Derian Scott. 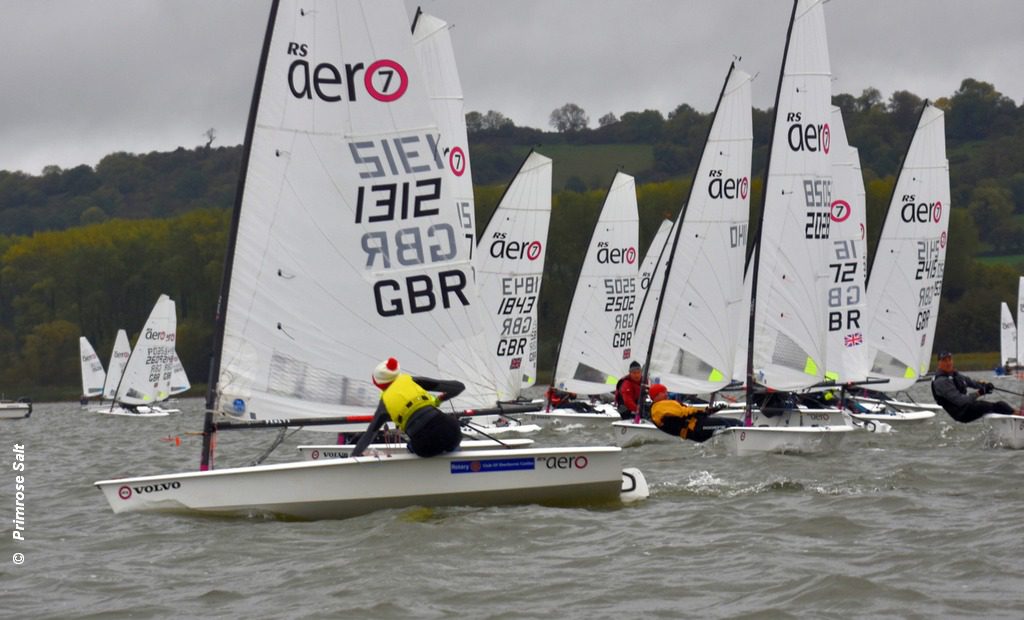 Port-Tack starts were a feature

As always the biggest fleet was the RS Aero 7 with a 31 strong turn-out.

Noah Rees won the first three races and the Aero 7 Inland title, plus the accolade of top Youth. Second was Chris Jenkins and third went to Tim Hire.

On to the RS Aero 9 where Pete Barton battled with Ben Rolfe for three races before taking the title, with Rolfe in second and Greg Bartlett third.

No Ladies, Youths or Grand Masters in this the heavyweight fleet (could this replace the Finn?), but Andy Warren was quickest Master.

USA Champion of Champions in the Y-Flyer