SailGP rolls out the new modular wing for San Francisco

SailGP is to equip all seven national teams with the new mark 2.0 modular wingsails for the San Francisco event in May.

These new wingsails will increase not only the range of conditions the F50s are able to race in, but also overall performance.

The new modular mark 2.0 wingsail is not just a resizable, plug-in wing structure.

The modular wingsail has a completely new control system, with the old rod and cable flap control system, replaced by an aircraft type hydraulic oil circuit, driving the rams that control the wing flap arms to position the flaps.

The new wingmasts will allow the F50 foiling multihulls to race in a wider range of wind strengths, helping to maintain the SailGP event race schedule.

Russell Coutts expects that, depending on sea conditions, they will be able to race up to close to 30 knots of wind with the 18m rig.

And that when the big wing comes on stream the boats will be foiling in about 1.5 knots less wind than they currently do. 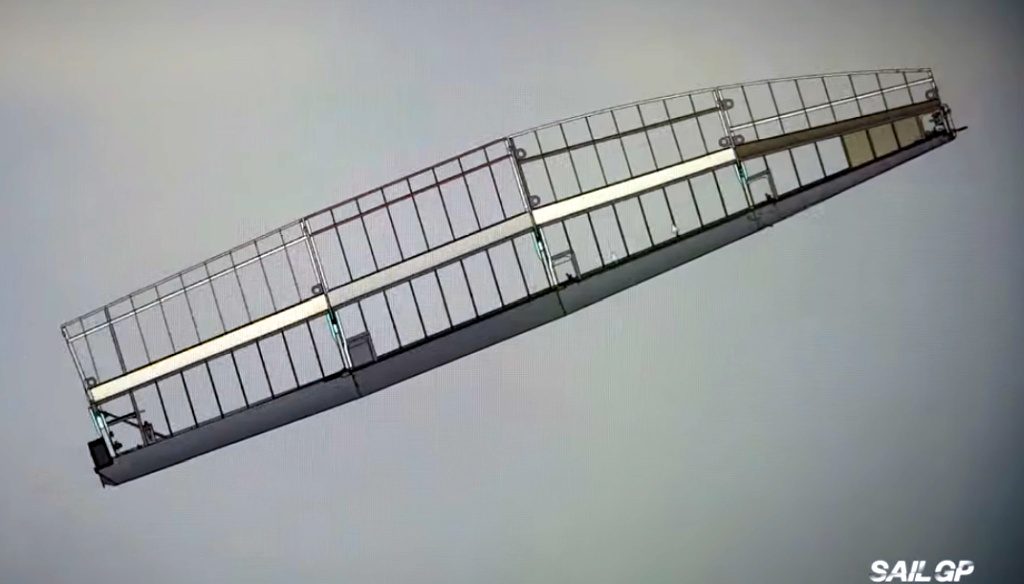 The next SailGP Series event is in the USA at San Francisco on the 2 and 3 May 2020.