The Dutch shipyard Vitters has completed an extensive refit of the J-Class sailing yacht Ranger at its Zwartsluis-based facility.

Following her departure from Vitter’s facility in the Netherlands, the 42m J-Class Ranger will be transported to Zaandam where her official launch will take place.

After sea trials out on the North Sea, she will depart for the Carribean, where she will prepare for another season of racing. 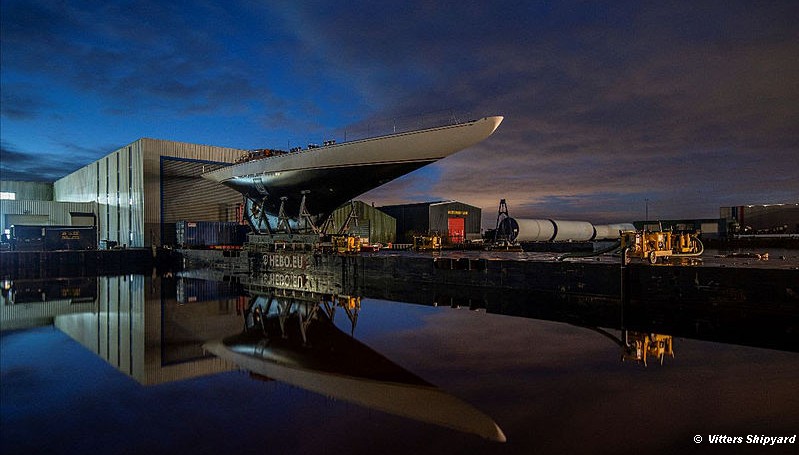 Originally launched by Danish in 2003, the year-long refit included a complete overhaul of Ranger’s engine room; a new hydraulic system; fully upgraded navigation and communication systems; a complete servicing of her rigging; a new teak deck, cockpit and helm station; as well as a fresh coat of paint to her hull.

Keep a lookout for her in St. Barths during the Spring of 2020 and at the America’s Cup 2021 in New Zealand.