Ben Saxton and Toby Lewis fought back in Sunday’s breezy conditions to secure at the Investec-sponsored Endeavour Trophy.

The defending champions were on top form and demonstrated their superiority on the Endeavour Trophy racecourse for the sixth time and a record fifth time in a row.

An impressive 2, 1, 1 scoreline, was just enough to snatch the title by just two points from James Peters and Maddy Anderson (RS200).

With the top four places going to British Sailing Team members it was also a good day for the RYA Olympic squad.

Chatting about his win, a delighted Saxton said: “Winning the Endeavour Trophy again is a great feeling. It was wicked fun out there and we sailed really well today.” 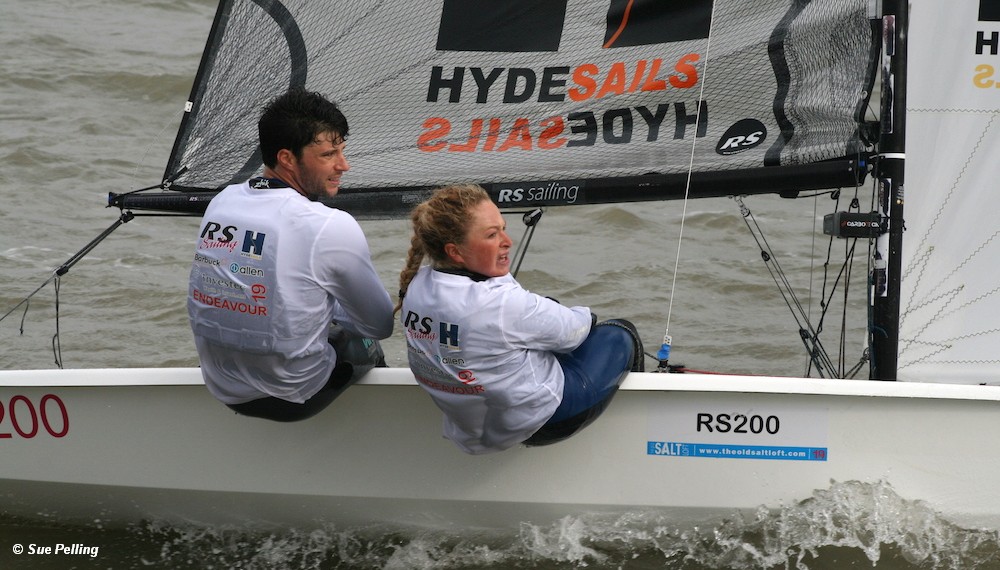 Having finished the day yesterday in fourth place, Peters and Anderson were on fire with an impressive performance in race one where they managed to hold off Saxton and Lewis and score their first win of the series.

They followed up this with a fifth and a second finishing the day just two points astern of the winners and in second place overall.

With an overnight lead of just one point, Luke Patience and Mary Henderson, knew they had a lot on today.

The breezy conditions didn’t seem to affect them dramatically, given their weight disadvantage against some of the heavier teams, until the final race of the day.

Up to this point they still led the series from Saxton and Lewis but a capsize in the strong building winds dashed their winning chances.

The Endeavour Trophy is a solid silver scale model of the J Class yacht Endeavour presented annually to the Champion of Champions at the Royal Corinthian Yacht Club, Burnham-on-Crouch.