In a recent interview with the Dutch magazine zeilen.nl, Simeon Tienpont revealed that between 400 and 500 DutchSail certificates have been sold since they were first released from 1 April.

The certificates are issued on DutchSail BV shares which will be held by the foundation. They cost 100 euros per month for 24 months, so you pay a total of 2,400 euros. Fortunately, you also get a lot back for your investment.

Your name will appear on the Dutch AC75, you will have access to the team base, you will receive exclusive merchandise and more. You can read the details on the DutchSail site via this link.

It is a form of crowdfunding within companies. 1000 certificates will yield 2.4 million euros of potential income for DutchSail that they can only cash as a foundation if it continues.

DutchSail do not yet have a name sponsor, although Tienpont says: “We have a number of hot irons in the fire and that is super exciting. Now we have three parties that are very tangible. It must now be completed in the coming weeks.” 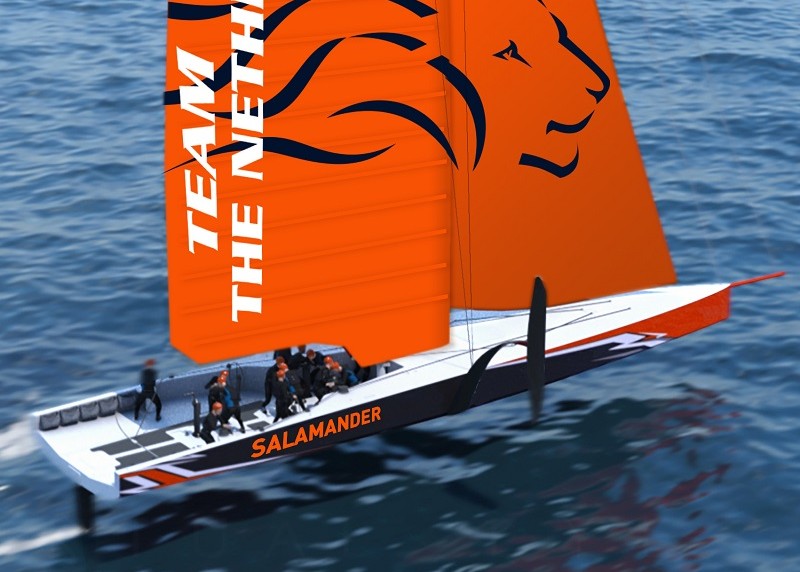 Tienpont is keen to build a test boat, a scaled version of the AC75. For the actual AC36 boat they are expected to purchase a design package from Defender, Emirates Team New Zealand.

In the original published DutchSail programme on their website it was listed to start building a test boat in May 2019. That still remains the goal, as does the launch of their AC75 ‘Salamander’ in May 2020.

There was no mention of a Dutch event, but Emirates Team New Zealand COO, Kevin Shoebridge, recently revealed that the opening event in Cagliari, Sardinia, had shifted to late April 2020, and that after Cagliari there would be a second event in Europe in June 2020.

Is this the rumoured Dutch based event?

Time is a limited resource and with a nine month build time for an AC75, to make that work DutchSail have to be building by this June to be a realistic contender.