25 International teams will compete at the 2018 SSL Finals in the Bahamas in December, including 15 wildcards drawn from many corners of the world of high-level sailing.

Pavlos Kontides from Cyprus, the London 2012 Olympic Laser silver medallist, and 2017 and 2018 World Champion and this year’s Rolex World Sailor of the Year, will hope to equal Goodison’s performance.

This event will be the first time the three medal winning skippers from London 2012, the last Games in which the Star appeared as the Olympic keelboat, will line up against each other since that epic showdown in Weymouth six years ago.

The gold-medal winning skipper Freddy Loof will be racing, although not with his former winning crew Max Salminen, who takes the helm of his own Star boat in Nassau.

Salminen has gone on to forge a successful career in the Finn including victory at last year’s World Championships and only narrowly missing out on defending his title in Aarhus earlier this season.

Another of Loof’s medal-winning crews from his Star days, Anders Ekström, will be crewing for Iain Percy, Great Britain’s Star silver medallist from London 2012 and gold medallist in 2008, who makes an emotional return to the Star class.

A boat he has found it difficult to come back to following the death of his former crew and best friend Andrew ‘Bart’ Simpson in a tragic accident during the build-up to the 2013 America’s Cup. 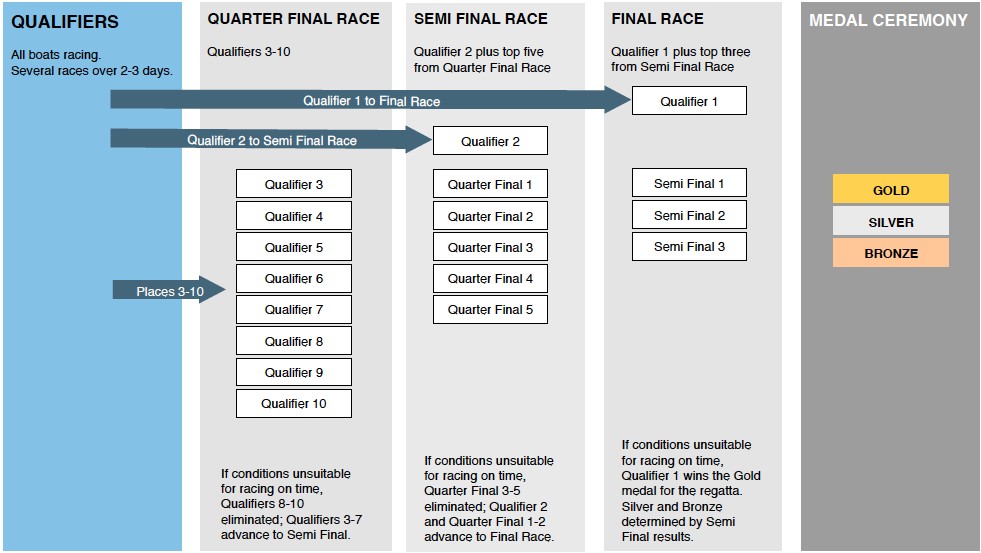 The bronze medallists from London 2012 are also here, five-time Olympic medallist and Brazilian legend Robert Scheidt being crewed in Nassau by Henry Boening, while Scheidt’s former crew Bruno Prada is crewing for Augie Diaz, a Star World and European Champion from the USA.

After four days of qualification rounds for all 25 crews, the competition goes into the knockout stages on Saturday, 8 December. Single races decide who survives and who is heading for the dock.

The last four teams will contest a thrilling final race, the first to finish will be the winner of the 2018 SSL Finals and take home the lion’s share of the $200,000 Prize Purse.