With the clock ticking down for all the America’s Cup teams,  INEOS Team UK CEO Grant Simmer gives the low-down on the British campaign so far.

The most critical things they are working on ‘right now’ are maximising sailing time and the development of their first AC75 ‘Britannia’, also studying the design decisions of the other teams.

Those two areas will lead to the design of their second AC75.

What are the key areas you think could win the 36th America’s Cup?

The things that will win the next edition are the ability to sail the boat at close to optimum performance for the most time during the race, having the best foil package – rudders and foils will be important – and the ride control, how you control the ride of the boat.

You would lose, for sure if you had a catastrophic failure close to the Cup, these boats are highly loaded and pretty light so a major structural problem close to the Cup could definitely lose it for anyone. 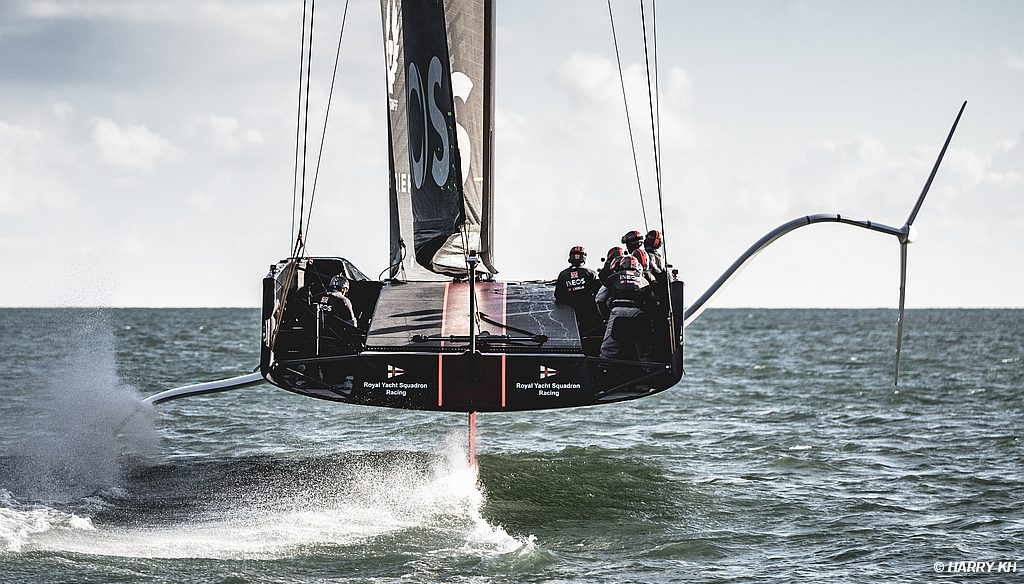 By launching a test boat early, you had physical insight into the AC75 class, how risky therefore do you think Emirates Team New Zealand strategy, in not sailing a test boat, could prove to be?

I think Emirates Team New Zealand (ETNZ) will actually gain back the time of not having a test boat, they gain a bit during our shipping times and since the last Cup they’ve relied a lot on their simulator – like all the other teams – so I don’t think it’s that risky.

Our test boat has been really good because it gave us a programme and project to work on early in the campaign. It was good getting the shore team and sailing team together and getting some systems in place, we learnt from just getting out and sailing a boat in this configuration.

How critical is hull shape in this Cup to assist foiling – and could we see something radical here for boat #2?

We could definitely see something quite radical, there’s enough scope in the rules! ETNZ’s boat, with the central bustle, and the Luna Rossa boat are clearly designed for foiling and not for displacement sailing. That tells us that they are not planning on racing in low wind speeds, they are planning to race in foiling conditions. 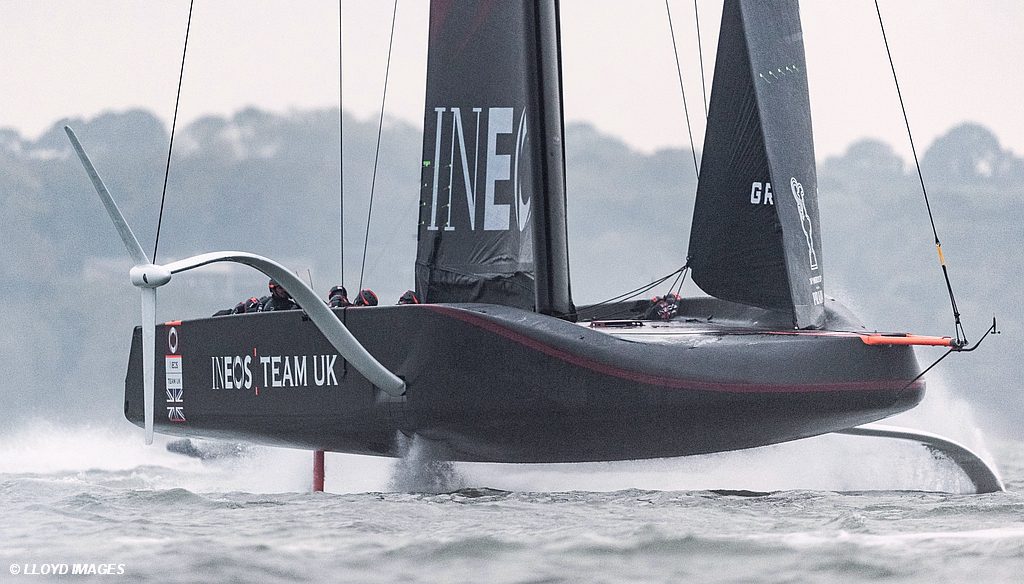 Any surprises so far in what you have seen in the recent boat launches?

ETNZ and Luna Rossa hull shapes are ideas that we thought about also. The ETNZ deck layout is very simple, with a strong emphasis on energy production.

With potential speeds reaching above 50 knots, could we see failures?

Yes of course, because of the high righting moment and being very light boats.

You can easily capsize these boats, a big focus will be the safety of the crew -followed by trying to protect our physical assets.

Once you were aware the team had secured full funding, what broad and specific initiatives were you able to press the go button for?

Prior to Jim Ratcliffe and the INEOS support we didn’t think we had enough funding to build two AC75 boats, which is absolutely critical in this campaign. 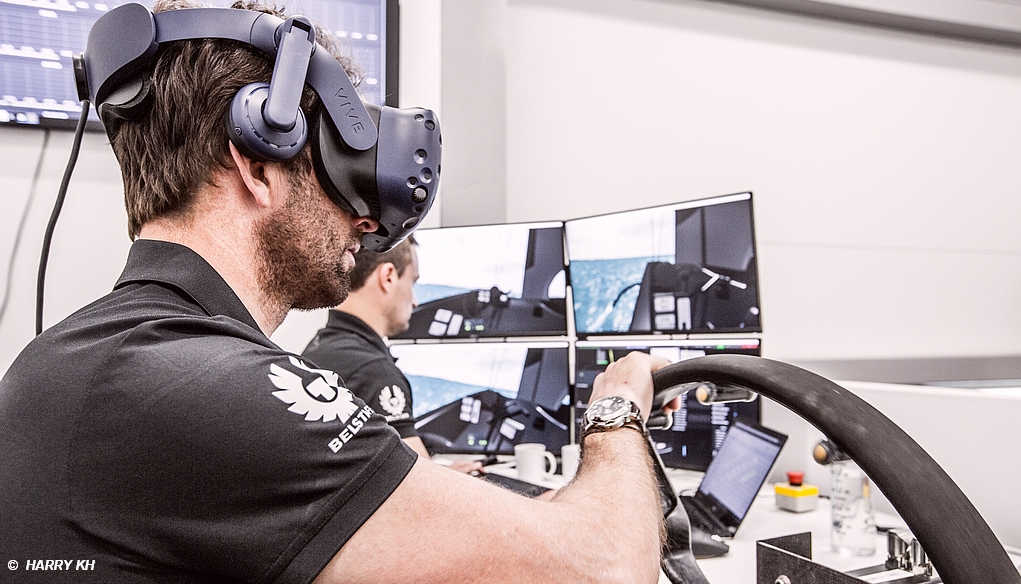 How much simulator time are you using in this campaign?

ETNZ led the way in the last Cup, with their simulator. BAR (now INEOS TEAM UK) were also developing a simulator but Oracle Team USA didn’t build a SIM. This Cup all the teams have simulators and I think we will all rely quite heavily on them.

The quality or the accuracy of the SIM depends on the physics models that drives them and we – like all the teams – are investing substantially in that. We are not making a toy we are making a tool that is relevant to the development of the boat and for the sailors.

The double skinned mainsail is an interesting concept. Is the double-skinned sail an area for teams to throw a lot of research in – or is it an area that options are relatively straightforward?

There will be a lot of research going into the double skinned mainsail, it’s a very expensive part of our programme.

We are allowed to have 10 (double skinned mainsail), so in the end we will spend more money than we would if we were allowed to buy two semi rigid wings.

Our team are working with North Sails and with Southern Spars and we have a good relationship with both those suppliers.

Gautier Sergent is our lead sail designer and Jarrad Wallace is our lead spar designer, they both work together with a couple of our designers here, including Simon Eatwell and our sailing team with guys like Iain Jensen and Joey Newton. 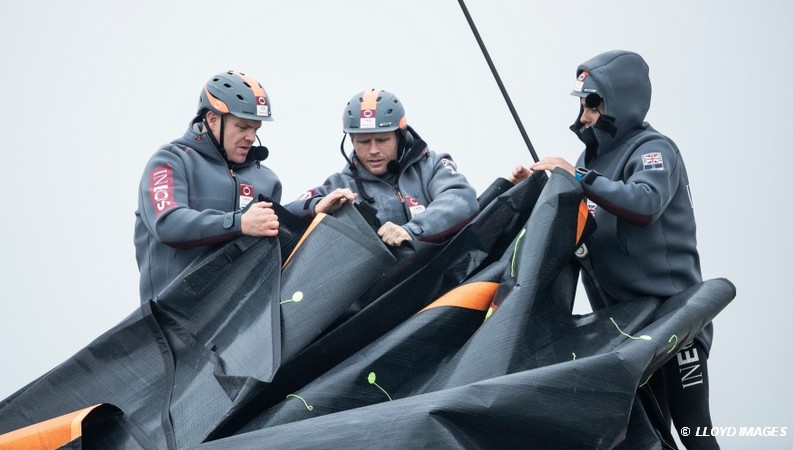 What is the programme now in terms of boat launches and boat parts?

You are allowed two hulls, three rigs and you are allowed six foils, so essentially that’s three ‘port and starboard’ sets if you like.

Our focus is going to be on sailing Britannia I as much as we can and soon we will start building our second boat Britannia II. That will be the product of what we’ve learnt on boat one and the studies that we’ve done over the last year and a half since we got the Class Rule.

Clearly we’ve done a lot of research over that time and we already know many things we would do differently for our second boat.

The America’s Cup competition is as always full on.