The recent INEOS Team UK promo video for Nyetimber Wines featuring the launch day had an interesting view of the foil flaps.

The  full length flap configuration on the Britannia foils, which appear to be slightly different on each side at this testing stage, have raised a lot of interest. 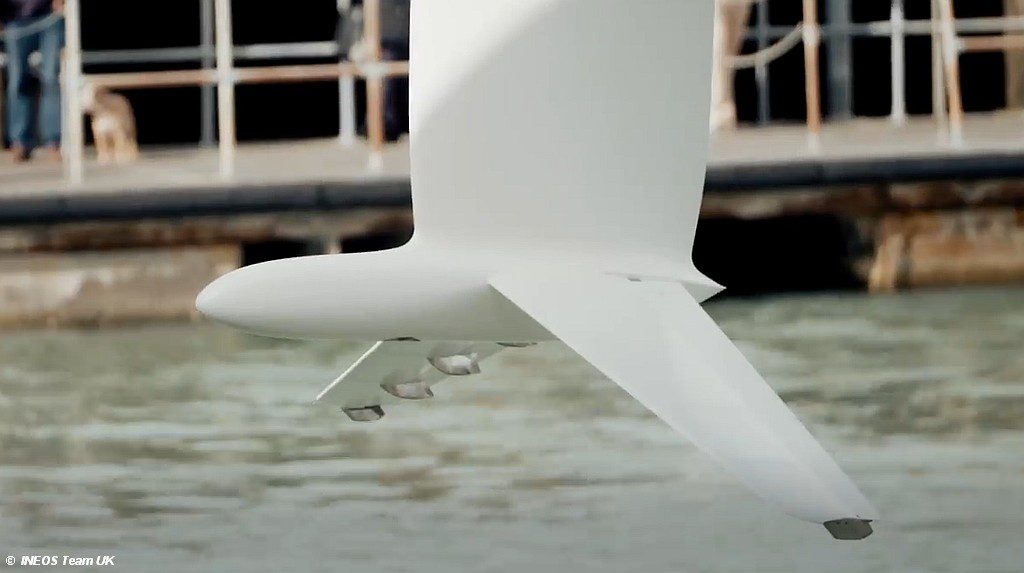 Another feature of interest on the Ineos boat surrounds the deck layout.

With the wheels positioned ahead of the rear grinder position, it raises the question of how easy it is for the helm to cross under the decksweeper mainsail that far forward.

And does that mean that British team intend to use two helms, after all Leigh McMillan has just been announced as rejoining the 16 man crew squad?

McMillan was back up Helmsman to Ben Ainslie for their AC35 campaign in Bermuda.

They also have a boom for their main at present, with plenty of room for the crew to get under.

The ETNZ boat appears to be using a mixture, a main with an infill sail area between the boom and the deck.

But it is not clear at present what position the wheels are relative to the grinders although in this shot, where they are reacting to a broken tack of the Code Zero, the helm does appear to be behind the grinders.

So far Luna Rossa have kept images of their deck layout out of the public eye, mainly releasing straight speed shots.

They do appear to be using a deep decksweeper main, with reports that their boom is below the deck of the central beam!

But crewing positions are still avoided in images so far.

America’s Cup – Getting in a Flap