When it came to the overall winner of the 2019 RS400 UK & Irish National Championships Nick Craig and Toby Lewis’ dominant performance left them 20 points ahead of the second place team.

That team was Robert Espery and Richard McCullough whose performance had also won them the 2019 Irish Nationals.

The final day . . . Big Thursday had been on the cards all week. A strong south westerly breeze with the threat of squalls associated with a trough of low pressure delivered a forecast for 25knot gusts that had been consistent all week.

Given the predominantly light conditions that had prevailed up until then, the sight of white horses across the entire loch was an intimidating sight, while out on the course the race committee were reporting at steady 22 knots with gusts up to 28.

For the 30-odd boats that did head downwind to the start area, the ride was a tricky one, especially for those that chose to conserve their strength and keep the kite in the chute.

But when the racing got under way and the red mist of competition descended, it was back to normal as crews egged each other on to launch kites for the downwind legs. And the ride was spectacular. 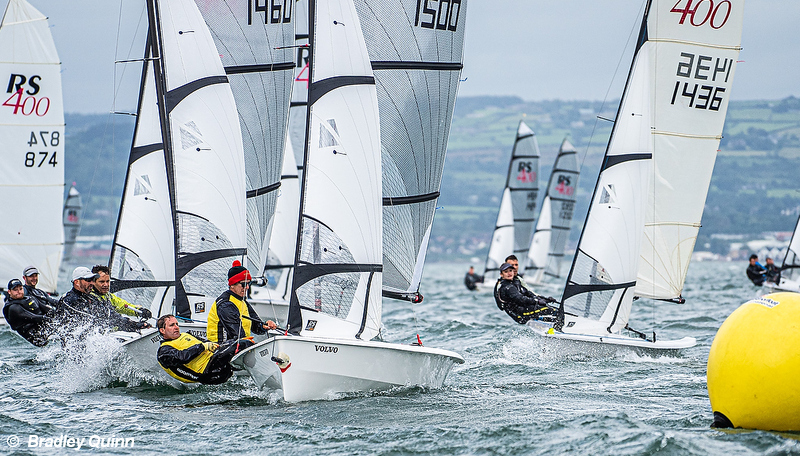 At the front it was Nick Craig and Toby Lewis that were leading the charge around the course once again as they delivered yet another uncontested race win.

Behind them Hamish Gledhill and Andy Dawson secured second with Robert Espery and Richard McCullough in third.

The boisterous conditions had spread the fleet out making for a longer than usual pause between races as the race committee waited to re-group.

During this period the breeze had dropped to the mid-teens providing a welcome pause in proceedings for teams to get their breath back. The Cockerills were even seen having sandwiches, it was lunchtime after all.

But as the first of several rain squalls swept down the loch the breeze built as if someone had opened a giant door upwind of the course. The white caps were back as was the steep, boat stopping chop.

As this race unfolded the weather threw a few more banana skins on the course with some big and erratic shifts, strange lulls and some weird inland style gusts that unsettled all those in full upwind hike mode. 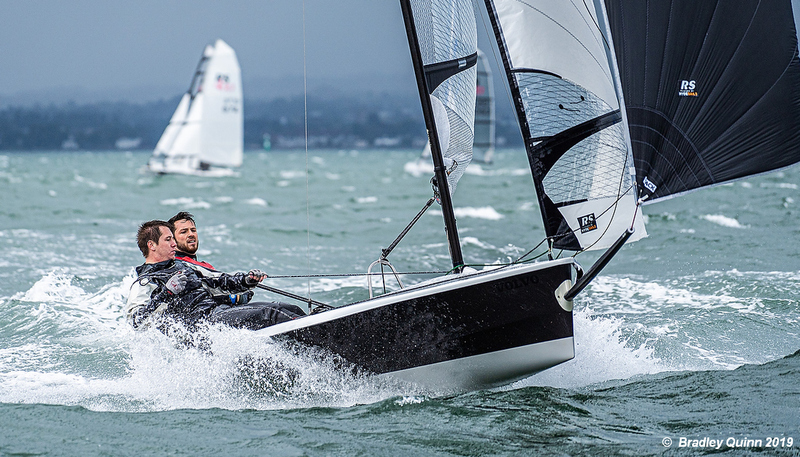 But the biggest curve ball of the day was the huge right handed shift that turned the downwind leg into a one sided, reaching gruntfest.

Those of us who had ignored any attempt at dieting this season were looking smug as we watched the flyweights forced to sail lower than the layline to the gate and then scramble to lower their kites mid leg.

It would be wrong to suggest that the ‘extra mediums’ now believed that after a light week there was indeed a God, but as we revelled in the benefit of size it at least took our minds off the alarming noises that were coming from various parts of the boat as it leapt from wave to wave.

Leading the charge to the finish were Craig and Lewis who took another win with Espery and McCullough taking second and Mike Simms and Jack Holden in third.

Whatever the result, this was surely the way to end a regatta.

A full on and flat out day at the end of a week that had seen a wide range of conditions that had provided an evening’s worth of big stories that went on well into the night – egged on by an incredibly hospitable club that clearly loves the craic.